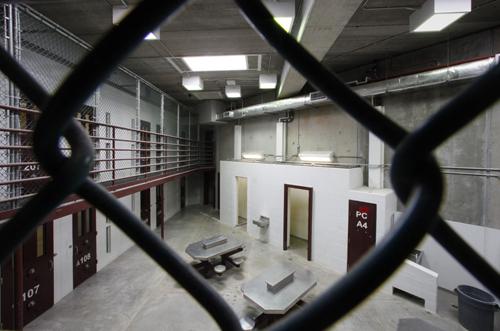 In a major policy speech, Obama narrowed the scope of the U.S. targeted-killing campaign against al Qaeda and its allies and took new steps toward closing the Guantanamo Bay military prison – controversial elements of the U.S. counterterrorism fight that have drawn condemnation at home and abroad.

“Our nation is still threatened by terrorists,” Obama said at Washington’s National Defense University. “We must recognize however, that the threat has shifted and evolved from the one that came to our shores on 9/11.”

After launching costly wars in Iraq and Afghanistan, the United States is tiring of conflict and while combating terrorism is still a high priority for the White House, polls show by large margins that Americans’ main concerns are the economy and healthcare.

Faced with criticism about civilian casualties in attacks by unmanned aerial vehicles, Obama said the United States would only use these drone strikes when a threat was “continuing and imminent,” a nuanced change from the previous policy of launching strikes against a significant threat.

Under new presidential guidance signed by Obama on Wednesday, the Defense Department will also take the lead in launching lethal drones, as opposed to the current practice of the CIA taking charge.

That would subject drone operations to more scrutiny from Congress and might lead to the Pentagon taking over drone operations in Yemen, but not in Pakistan, where the CIA is likely to continue to run the program.

Now in his second term and with no need to worry about re-election, Obama appears intent on confronting human rights and civil liberties challenges that threaten to stain his legacy.

Those include the Guantanamo prison at the U.S. Naval Base in Cuba, where more than 100 prisoners are on hunger strike and dozens are being force-fed to keep them alive.

Obama said he would lift a moratorium on sending Yemeni detainees home, appoint a State Department coordinator and work with Congress to break a deadlock over the camp where most prisoners have been held for more than a decade without trial.

“Our systematic effort to dismantle terrorist organizations must continue. But this war, like all wars, must end. That’s what history advises. That’s what our democracy demands,” Obama said.

Republican opponents accused him of giving in to terrorism.

“The president’s speech today will be viewed by terrorists as a victory. Rather than continuing successful counterterrorism activities, we are changing course with no clear operational benefit,” Senator Saxby Chambliss from Georgia said.

Although the number of drone strikes has dropped in the past year after peaking in the middle of Obama’s first term, the use of remote-controlled aircraft to attack extremists – and the civilian casualties that have sometimes resulted – has increased tensions with countries such as Pakistan and drawn criticism from rights activists.

The New America Foundation’s widely cited drone attack database shows there have been 355 drone strikes in Pakistan’s tribal regions since 2004 and more than 60 in Yemen since 2009.

Pilotless aircraft are increasingly playing a role in the armoury of the United States and other countries. The U.S. Navy made aviation history on May 14 by launching an unmanned stealth jet off an aircraft carrier for the first time, with an eye on possible rivals like China and Iran.

Obama suggested the possibility of creating a secret court to oversee counterterrorism drone strikes, but he left it to Congress to decide on that.

“Beyond Afghanistan, we must define our effort not as a boundless ‘global war on terror’ – but rather as a series of persistent, targeted efforts to dismantle specific networks of violent extremists that threaten America,” Obama said.

Renewing his longstanding vow to close the Guantanamo prison, Obama called it “a symbol around the world for an America that flouts the rule of law.”

Obama has been frustrated by his inability to make good on his 2008 campaign pledge to shut Guantanamo, which was opened by his predecessor, President George W. Bush, to hold men rounded up on suspicion of involvement with al Qaeda and the Taliban after the September 11 attacks.

Obama’s current proposals will likely face resistance from Republican lawmakers and possibly some fellow Democrats, who have posed obstacles to transferring prisoners.

A hunger strike by 103 of the 166 detainees – 32 of whom have lost so much weight that they are being force-fed – has put pressure on Obama to take action.

“There is no justification beyond politics for Congress to prevent us from closing a facility that should never have been opened,” Obama said.

The president was interrupted for more than a minute by a heckler from the Code Pink movement, who berated him for not closing the prison.

While he cannot shut Guantanamo on his own, Obama did announce some steps aimed at getting some prisoners out. He lifted a moratorium on detainee transfers to Yemen out of respect for that country’s reforming government. Yemenis make up the largest group of prisoners.

He also called on Congress to lift restrictions on the transfer of terrorism suspects from Guantanamo and directed the Defense Department to identify a site in the United States to hold military tribunals for Guantanamo detainees. Lawmakers from both major parties have opposed bringing them to the U.S. mainland.

“Where appropriate, we will bring terrorists to justice in our courts and military justice system,” he said.

But he made clear that differences remained with Obama’s policies. “What’s needed on drones is not a “kill court,” but rejection of the radical redefinition of “imminence” used to expand who can be killed, as well as independent investigations of alleged extrajudicial executions and remedy for victims,” he said.

Obama’s speech came after his administration acknowledged on Wednesday that since 2009, four Americans had been killed in drone strikes in Yemen and Pakistan, including militant cleric Anwar al-Awlaki.

Obama defended those operations, saying that when a U.S. citizen goes abroad to wage war against the United States, his citizenship should not be a shield.

But in recognition of a debate within Congress about whether strikes could be launched within the United States, Obama said such strikes would not be constitutional.