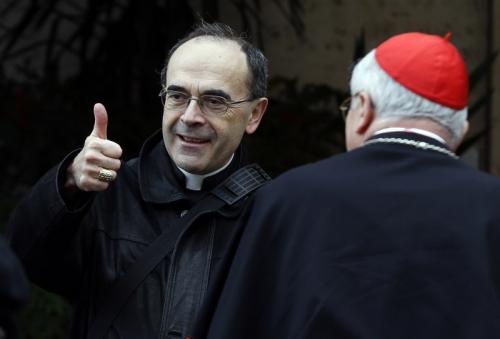 PHUKET: The man police say was the ringleader in a gang rape on a New Delhi bus in December that outraged India hanged himself in his cell yesterday, prison authorities said, raising questions about jail monitoring and security.

Ram Singh made a noose from the mat he slept on and hanged himself just before dawn from a grille in the ceiling of the cell he shared with three others, prison spokesman Sunil Gupta said.

While there were CCTV cameras throughout Tihar, India’s highest-security prison, there were none in individual cells, Gupta said. Singh had been placed in the “ordinary security” category, so did not receive any special surveillance, he said.

Gupta could not say how long it would have taken Singh to make the noose or how he had managed to loop it through the grille, which was 2.3 metres above the floor. He may have stood on a plastic bucket, some Indian media reported.

Singh’s lawyer, V.K. Anand, said his client had been composed and calm when he spoke to him in court on Friday and “didn’t have any complaints”. Singh, who faced the death penalty if convicted of murder, had not been on suicide watch, Anand and Gupta said.

“I know he had a few complaints of jail authorities torturing him, but nothing that would make him take his own life. We can’t rule out foul play,” Anand said.

Anand had previously denied that his client was being maltreated in prison. He would not elaborate on the “torture”.

Federal Home (Interior) Minister Sushil Kumar Shinde called the incident a “major lapse” in security and said an inquiry had been launched.

Singh and five others, including a juvenile, were put on trial for the December 16 attack on the 23-year-old trainee physiotherapist. The assault triggered nationwide protests, a toughening of rape laws and an intense debate about rampant crime against women in India.

All six accused have pleaded not guilty to rape and murder, although police say they admitted involvement in the attack in statements taken after their arrest.

Singh’s father said he did not believe his son had committed suicide and suspected that he had been murdered in his cell.

“He confessed about his mistake, then why would he commit suicide? He was prepared for any punishment the government would have given him,” Mange Lal Singh said.

Police say the six attacked the woman and a male companion on the bus as the couple returned home after watching a movie. The woman was repeatedly raped and tortured with a metal bar. They were also severely beaten before being thrown onto a road.

The woman died of internal injuries in a Singapore hospital two weeks later.

Legal experts said Singh’s death did not undermine the prosecution’s case, which was largely based on DNA evidence and the testimony of the rape victim before she died and her friend.

“There will be no impact on the trial. This is a case of gang rape where all are held equally responsible, you can’t say one is more to blame than the other,” said Rebecca Mammen John, a Supreme Court lawyer who has worked on many rape cases.

The police report draws a picture of Ram Singh as the ringleader. On the night of December 16, the men gathered at Singh’s house for dinner, where he came up with the plan of taking the bus out to look for a victim to rape, the report said.

The police say they found him sitting in the blood-stained school bus, wearing a bloodied T-shirt, the morning after the crime. A DNA test revealed that the blood belonged to the rape victim, the report said.

The victim’s brother said he was “not very thrilled with the news that he killed himself because I wanted him to be hanged … publicly.

“Him dying on his own terms seems unfair. But, oh well, one is down. Hopefully the rest will wait for their death sentence.”

PHUKET: Harvard University apologized yesterday for its handling of a secret search of staff email it conducted in an effort to find out how the news media got information about a cheating scandal.

Dozens of students were forced to withdraw from the Ivy League school after cheating on a final exam last year in the largest academic scandal to hit the nearly four-century-old school in recent memory.

After local media reported on the scandal, the university searched the email of 16 resident deans who sit on an administrative board handling the cheating case without warning them. Only one was told about the search afterward, according to The Boston Globe, which first reported news of the searches.

The university said yesterday that it had authorized “a very narrow, careful, and precise subject-line search” of the resident deans’ administrative, but not personal, Harvard email accounts.

They found that one resident dean had forwarded the message to two students. The resident dean confirmed sending them, through what the investigation found to be “an inadvertent error.”

Harvard took no additional action against that resident dean, whose name was not disclosed.

Some faculty members reacted with dismay. Harry Lewis, a computer science professor and former dean, wrote on his blog that “this way of handling the situation seems to me – well, dishonourable.”

Smith and Hammonds defended the investigation, saying that the emails that were leaked “threatened the privacy and due process afforded students.”

But, they added, “We understand that others may see the situation differently, and we apologize if any resident deans feel our communication at the conclusion of the investigation was insufficient.”

About 125 undergraduates were involved in the scandal, which came to light at the end of the spring semester after a professor noticed similarities on a take-home exam that showed students had worked together, even though they were instructed to work alone.

More than half the students who faced the school’s Administrative Board had been suspended for a time, Smith said in an email last month. Roughly half the remaining students received disciplinary probation.

Suspensions depend on the student, but traditionally last two semesters and can last as long as four semesters.

The government class, Introduction to Congress, had 279 students enrolled, according to The Harvard Crimson, the school’s student newspaper.

PHUKET: The presidents of Iran and Pakistan marked the start of Pakistani co