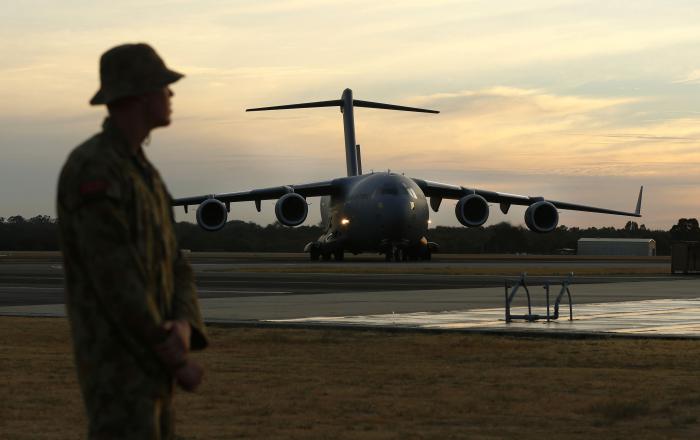 PHUKET: Fresh objects spotted by planes searching for a missing Malaysian passenger jet in a new area of the southern Indian Ocean have again raised hopes of unravelling the three-week old mystery.

Flight Lieutenant Jamin Baker was on a New Zealand Airforce Orion which spotted several items and dropped a marker buoy in “an area of interest”.

“Obviously we don’t know if these (objects) are associated with the aircraft yet but it certainly looks like we are seeing a lot more debris and just general flotsam in the water, so we could be on to something here,” Baker said.

One Chinese navy ship was in the area and would be trying to recover objects on Saturday, while other ships were steaming to the area, the Australian Maritime Safety Authority said.

Malaysia says the Boeing 777, which vanished less than an hour into a flight from Kuala Lumpur to Beijing, was likely diverted deliberately but investigators have turned up no apparent motive or other red flags among the 227 passengers or the 12 crew.

U.S. officials close to the investigation said the FBI found nothing illuminating in data it had received from computer equipment used by MH370’s pilots, including a home-made flight simulator.

The search has involved more than two dozen countries and 60 aircraft and ships but has been bedevilled by regional rivalries and an apparent reluctance to share potentially crucial information due to security concerns.

Malaysian officials said the new search area was the result of a painstaking analysis of Malaysian military radar data and satellite readings from British company Inmarsat carried out by U.S., Chinese, British and Malaysian investigators.

Engine performance analysis by the plane’s manufacturer Boeing helped investigators determine how long the plane could have flown before it ran out of fuel and crashed into the ocean, they said.

“Information which had already been examined by the investigation was re-examined in light of new evidence drawn from the Inmarsat data analysis,” Malaysia’s acting Transport Minister Hishammuddin Hussein told a news conference on Friday.

For more than a week, ships and surveillance planes had been scouring seas 2,500 km (1,550 miles) southwest of Perth, where satellite images had shown possible debris from Flight MH370. That search zone has now been abandoned.

The Australian Transport Safety Bureau (ATSB) said the shift was based on analysis of radar data between the South China Sea and the Strait of Malacca. At that time, the Boeing 777 was making a radical diversion west from its course.

Malaysia’s civil aviation chief, Azharuddin Abdul Rahman, said at Friday’s news conference he was “not at liberty” to give the exact path of the aircraft.

Officials close to the investigation told Reuters last week that the plane may have passed close to Port Blair, the capital of India’s Andaman and Nicobar Islands, 550 miles (885 km) further northwest from where Malaysia has said its military radar last detected it.

At around 319,000 sq km (123,000 sq miles) – roughly the size of Poland – the new search area is larger, but closer to Perth, allowing aircraft to spend longer on site. It is also favourable in terms of the weather as it is out of the deep sea region known as the Roaring 40s for its huge seas and frequent storm-force winds.

Searchers have perhaps a week to find debris, calculate the likely crash area and find the aircraft’s voice and data “black boxes” before batteries showing their location run out.