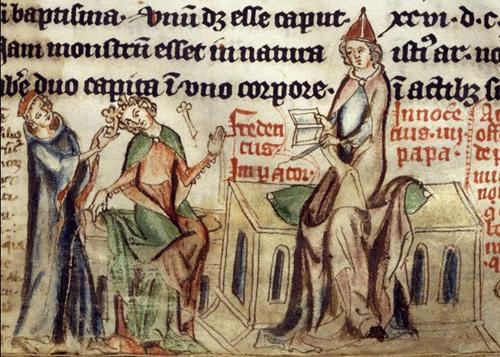 Father Tony Flannery is the third cleric in the past three months to face disciplinary action for challenging Roman Catholic teachings, following the expulsion of a priest in the United States and stripping the title of another in Austria.

Flannery, 66, was suspended last year by the Vatican’s watchdog, the Congregation for the Doctrine of the Faith, for calling for a reconsideration of Church teachings on issues such as contraception, homosexuality, women’s ordination and clerical celibacy.

“One of the threats that the Vatican have used against me is the threat of excommunication … my order has told me that I may also be facing dismissal if they are ordered by the Vatican to do so,” Flannery told Reuters yesterday.

Flannery said he had been asked to sign a pledge supporting official Church teachings on sexual matters and would not be allowed to return to ministry unless he obeyed the order.

“I can’t do that because it would be a lie. I love the Church, but your conscience and integrity are two things that you cannot live without,” he said.

Flannery, a member for 40 years of a Catholic missionary society called the Redemptorist order, is also head of the Association of Catholic Priests in Ireland, an independent body representing more than 850 Irish priests.

For 14 years, he was a regular contributor to the Redemptorist magazine, writing articles on a range of religious matters, in which he publicly opposed official Church teachings.

He said he has had no direct contact from the Vatican, which has communicated its warnings to him through the head of the Redemptorist order.

Last year, the Vatican watchdog instructed him, again using the head of the Redemptorist order as an intermediary, to stop writing for the magazine and recant his assertions to the Vatican or face the possibility of excommunication.

“I want do my best to expose the procedures by which the Vatican operates and its abuse of power … I’m just one of many questioning the Vatican, but it does not want to accept what’s going on,” he said.

Neither the Redemptorist order or the Vatican could not be reached for immediate comment.

Ireland’s relations with the Vatican have hit an all-time low over the Church’s handling of a series of sex abuse scandals, which led the predominantly Catholic country to close its embassy to the Vatican.

“The Irish Catholic people are very much out of tune with the Vatican and this is a real own goal because it’s going to add to their disillusionment,” he said.

The Catholic Church, which has lost much of its influence over politics and social affairs in Ireland, is presently backing an anti-abortion campaign in a hugely divisive debate.