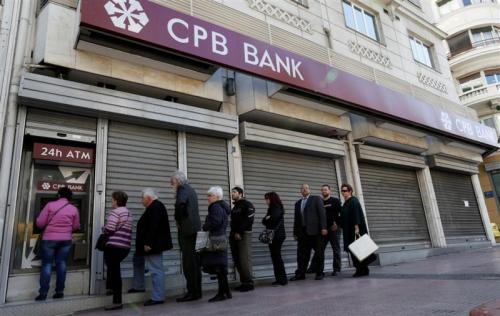 PHUKET: France threatened on Monday to delay the swift start of EU-U.S. trade talks if its red lines on culture and farm produce are not respected.

Brussels and Washington hope to start negotiations in June on a transatlantic free-trade agreement that would encompass almost half the world’s economy, and are seeking as broad a deal as possible to deliver strong economic growth.

The negotiating mandate proposed earlier this month by the European Commission, which has kept its contents secret, must be approved by EU governments before the talks can start.

“It is out of the question to work with a mandate that is hurriedly put together,” Trade Minister Nicole Bricq told a news conference. “We want a deal but we shouldn’t rush into talks.”

In particular, a European Commission proposal to further open up European culture markets was “not acceptable,” said Bricq.

France’s support is crucial as a similar drive in the 1990s collapsed in the face of French resistance. While France is on board this time around, its enthusiasm is more muted than among free-trade advocates Britain and Germany.

“We want to exclude from the deal anything that is about culture… that’s non-negotiable,” Bricq said, referring to French laws that allow the government to restrict foreign radio and television programmes and subsidise French films.

Asked about the June target, Bricq said: “If the Commission agrees to take out its reference to culture why not, but it’s a pre-requisite.”

Bricq said France would be as firm on its demand to exclude genetically modified products in food, and hormones in meat.

France has made protecting its film, television and music a priority in international trade talks for more than 20 years, insisting that culture should be treated differently to other industries.

The United States and the European Commission hope for a free-trade deal by the end of 2014 – a tight deadline in complex international trade talks that usually take years.

But Bricq warned that talks would be long and might last several years.

Bricq, who met French businesses on Monday to discuss the planned EU-US trade pact, said most of them backed launching the talks although the audiovisual sector asked to be exempted.

Protracted talks on an EU-Canada trade deal, for which an initial end-2011 timeline has slipped, show that it was important to agree a firm mandate before starting negotiations, she said. “For Canada, the mandate was very weak,” she said.

PHUKET: The president of Cyprus assured his people a bailout deal he struck with the European Union was in their best interests, but banks will remain closed until Thursday – and even then subject to capital controls to prevent a run on deposits.

Returned from fraught negotiations in Brussels, President Nicos Anastasiades said late on Monday the 10-billion euro (379.8bn baht) rescue plan agreed there in the early hours of the morning was “painful” but essential to avoid economic meltdown.

He agreed to close down the second-largest bank, Cyprus Popular, and inflict heavy losses on big depositors, many of them Russian, after Cyprus’s outsize financial sector ran into trouble when its investments in neighbouring Greece went sour.

European leaders said a chaotic national bankruptcy that might have forced Cyprus from the euro and upset Europe’s economy was averted – though investors in other European banks are alarmed by the precedent of losses for depositors in Cyprus.

“The agreement we reached is difficult but, under the circumstances, the best that we could achieve,” Anastasiades said in a televised address to the nation on Monday evening.

“We leave behind the uncertainty and anxiety that we all lived through over the last few months and we look forward now to the future with optimism,” he told compatriots who face an immediate, deep recession and years of hardship unlikely to be milder than those experienced by Irish, Greeks and Portuguese.

Many Cypriots say they felt anything but reassured by the bailout deal, however, and are expected to besiege banks as soon as they reopen after a shutdown that began over a week ago.

Reversing a previous decision to start reopening at least some banks on Tuesday, the central bank said late on Monday that they would all now stay shut until Thursday to ensure the “smooth functioning of the whole banking system”.

Little is known about the restrictions on transactions that Anastasiades said the central bank would impose, but he told Cypriots: “I want to assure you that this will be a very temporary measure that will gradually be relaxed.”

Capital controls, preventing people moving funds out of the country, are at odds with the European Union’s ideals of a common market but the government may fear an ebb tide of panic that would cause even more disruption to the local economy.

Without an agreement by the end of Monday, Cyprus had faced certain banking collapse and risked becoming the first country to be pushed out of the European single currency – a fate that Germany and other northern creditors seemed willing to inflict on a nation that accounts for just a tiny fraction of the euro economy and whose banks they felt had overreached themselves.

Backed by euro zone finance ministers, the plan will wind down the largely state-owned Cyprus Popular Bank, known as Laiki, and shift deposits under 100,000 euros to the Bank of Cyprus to create a “good bank”, leaving problems behind in, effectively, a “bad bank”.

Deposits above 100,000 euros in both banks, which are not guaranteed by the state under EU law, will be frozen and used to resolve Laiki’s debts and recapitalise the Bank of Cyprus, the island’s biggest, through a deposit/equity conversion.

The raid on uninsured Laiki depositors is expected to raise 4.2 billion euros of the 5.8 billion euros the EU and IMF had told Cyprus to raise as a contribution to the bailout, Dutch Finance Minister Jeroen Dijsselbloem said.

Cyprus government spokesman Christos Stylianides said losses for uninsured depositors would be “under or around 30 percent”.

Laiki will effectively be shuttered, with thousands of job losses. Officials said senior bondholders in Laiki would be wiped out and those in Bank of Cyprus would have to make a contribution – setting a precedent for the euro zone.

Comments by Dijsselbloem on the need for lenders to banks to accept the potential risks of their failure had a knock-on effect in the euro zone, raising the cost of insuring holdings of bonds issued by other banks, notably in Italy and Spain.

Global equity markets and the euro retreated on his comment that the Cyprus bailout could be a template for solving other problems, by shifting more risk to depositors and stakeholders:

“What we’ve done last night is what I call pushing back the risks,” Dijsselbloem, who heads the Eurogroup of euro zone finance ministers, told Reuters and the Financial Times.

A first attempt at a deal 10 days ago had