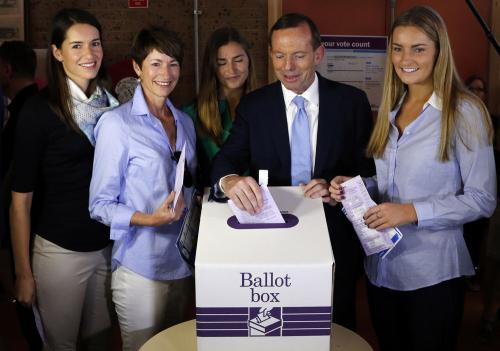 
Obama says most G20 leaders agree Assad behind chemical attack
Reuters / Phuket Gazette
PHUKET: Eleven nations condemned the August 21 chemical weapons attack in Syria on Friday and called for a strong international response, according to a statement issued by the White House.

“The evidence clearly points to the Syrian government being responsible for the attack, which is part of a pattern of chemical weapons use by the regime,” said the statement, released as the G20 summit was ending.

It was signed by the leaders and representatives of Australia, Canada, France, Italy, Japan, South Korea, Saudi Arabia, Spain, Turkey, Britain and the United States. All but Spain are members of the G20.

The statement stopped short of calling for a military response.

“We call for a strong international response to this grave violation of the world’s rules and conscience that will send a clear message that this kind of atrocity can never be repeated. Those who perpetrated these crimes must be held accountable,” it said.


Bolivian anti-graft officer held on extortion charge in Miami
Reuters / Phuket Gazette
PHUKET: A senior Bolivian police official, accused of flying to Miami in late August to extort $30,000 from a prominent businessman seeking asylum in the United States, will remain in jail until a bond hearing next week, a judge ordered on Friday.

Ormachea was identified in court documents as a police Colonel, although a top Bolivian police official denied he held that rank and said he had been dismissed from his job August 28.

The arrest could further damage already frosty U.S. relations with Bolivia’s socialist president Evo Morales, only weeks after Bolivia accused Washington of trying to “kidnap” Morales when his plane was denied permission to fly over France and Portugal.

Ormachea is not the first Bolivian official to fall foul of the U.S. legal system. In 2011, Bolivia’s former counter-narcotics chief, General Rene Sanabria, pleaded guilty to smuggling cocaine and was sentenced to 14 years in prison.

In December 2012 a Bolivian judge issued an arrest warrant for Roca for “illegal enrichment.” Roca says the charges were politically motivated in an effort by Morales to stamp out competition to the state-owned airline.

In federal court in Miami on Friday, a judge granted a request by Ormachea’s court-appointed lawyer to postpone his bond hearing until September 13. He is scheduled to be formally charged on September 17 and faces a possible five-year prison sentence.

In a sworn affidavit, federal agents said that on August 29 Ormachea flew from Bolivia’s capital La Paz to Miami to meet with Roca. After alerting the FBI, Roca met with Ormachea the following day. In a recorded meeting the Bolivian official “offered to dispose of the criminal charges…for a fee of $30,000,” according to the affidavit.

Roca handed over $5,000 in marked bills as an initial payment. Police later arrested Ormachea and seized the $5,000 during a traffic stop.

“He told Roca that he came with the authority of Evo Morales and the vice president of Bolivia,” said Roca’s lawyer, Michael Diaz Jr. “He was told it was an authorized resolution of the case.”

Bolivia’s deputy police chief, General Juan Roberto Albarracin, told reporters that Ormachea was a “deserter” and that his U.S. trip had not been officially approved.

Albarracin also said Ormachea was not a Colonel, had been fired August 28 and was under investigation.

According to the arrest affidavit Ormachea stated “that he was not traveling in his official capacity.”

Roca’s lawyer, Diaz, said he has sent the FBI a copy of a government memo signed by Ormachea in May 2013 stating that he would be traveling to Miami to find Roca’s bank accounts and assets.

In 2011 Roca sued Bolivia in U.S. court for illegal expropriation of his assets. AeroSur ceased operations in May facing debts of $300 million, including unpaid taxes and salaries.


Iranian New Year greetings leave Israelis perplexed, pleased
Reuters / Phuket Gazette
PHUKET: Israelis reacted with a mixture of pleasant surprise and wary scepticism on Friday to reports that the new Iranian president and his foreign minister had both issued greetings to mark the Jewish New Year.

Relations between the two countries have been dire for years, with Israel threatening to attack the Islamic Republic over fears it is planning to build nuclear weapons that could one day jeopardise the survival of the Jewish state.

Iran denies it wants an atomic bomb, but former President Mahmoud Ahmadinejad, who left office last month, regularly riled Israel by calling for the destruction of the “Zionist entity”.

In a change of tone, his successor Hassan Rouhani and the new foreign minister, Javad Zarif, appeared to issue tweets in English wishing Jews a good Rosh Hashanah – the Jewish new year that is being celebrated this week. Iran has long declared an official respect for the Jewish faith while condemning Israel.

“Happy Rosh Hashanah,” tweeted Zarif on a profile that notes his career as a diplomat, academic and “Uni of Denver alum”.

The reported greetings came just as Israel was settling into a long holiday weekend and there was no official reaction.

Ordinary Israelis were torn about their meaning.

“Gosh I hadn’t heard about that, but I think it’s very nice of him,” said Julia Blus, 25, who works at an amusement park at Manara Cliffs. Next to the Lebanese border, it overlooks hostile territory controlled by the Iranian-backed Hezbollah militia.

By contrast, Roni Benjamin, 66, a bank executive from Kfar Saba in central Israel, said: “It doesn’t mean anything; I don’t see any real change there … What (Rouhani) really needs to do is to understand that we are not his enemies.”

Rouhani’s election in June has encouraged speculation of a more conciliatory approach to foreign affairs from Tehran, though the president’s power is heavily circumscribed by the clerical hierarchy and Israel’s government remains very wary.

Confusing matters, Israeli news websites quoted an official in the Iranian president’s office denying any New Year greetings had been sent and saying Rouhani’s English-language Twitter account, used during his election campaign, was not active.

There was no denial from Zarif and the minister went further to push back on a comment that Iran denies the Nazi Holocaust: “Iran never denied it. The man who was perceived to be denying it is now gone,” he t