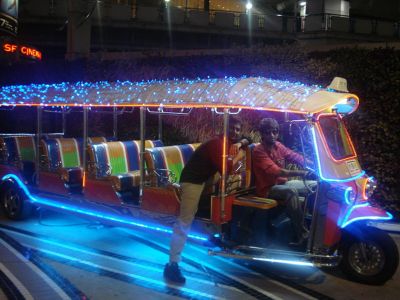 The three-page agreement between California Attorney General Kamala Harris and the three companies states that the providers will attempt to identify sexual predators, including through the use of sex offender registries when they have the information required to conduct such checks.

The agreement recognizes that such screening tools have limitations which impact their efficacy, and the websites will therefore also use other tools and technologies to protect their members and identify fake profiles.

“When identified, [the providers will] remove registered sexual predators from participating in fee-based services on their sites,” the agreement said.

Harris welcomed the agreement, which also calls for the sites to provide its members with safety tips and a rapid abuse reporting system through which members can notify the provider and investigators of potential physical safety issues, fraud, or other suspected criminal activity.

“Consumers should be able to use websites without the fear of being scammed or targeted,” said Harris, whose office established an eCrime Unit last year to prosecute crimes involving the use of technology.

“In the interest of protecting and educating users, I strongly encourage all online dating companies to adopt the same principles as these industry leaders.”

Match.com, one of the best known dating sites, had already announced a year ago that it would begin checking its existing and new subscribers against sex offender registries. It followed a civil lawsuit filed by a California woman who claimed that she was sexually assaulted by one of its members.