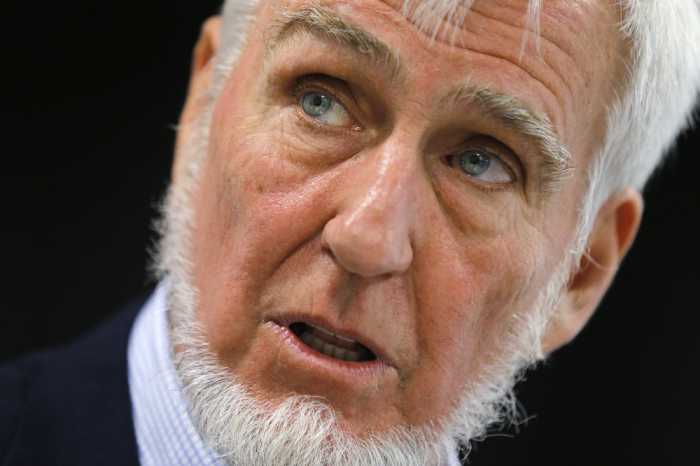 PHUKET: Anglo-American John O’Keefe and Norwegian couple May-Britt and Edvard Moser won the 2014 Nobel Prize for medicine on Monday for discovering the brain’s internal positioning system, helping humans find their way and giving clues to how strokes and Alzheimer’s affect the brain.

The Nobel Assembly, which awarded the prize of 8 million Swedish crowns ($1.1 million) in an announcement at Sweden’s Karolinska Institute, said the discovery solved a problem that
has occupied philosophers and scientists for centuries:

“How does the brain create a map of the space surrounding us
and how can we navigate our way through a complex environment?”

Ole Kiehn, a Nobel committee member and professor in the Department of Neuroscience at Karolinska Institute, said the three scientists had found “an inner GPS that makes it possible to know where we are and find our way”.

OKeefe, now director at the centre in neural circuits and behaviour at University College London, discovered the first component of the positioning system in 1971 when he found that a
type of nerve cell in a brain region called the hippocampus was always activated when a rat was in a certain place in a room.

Seeing that other nerve cells were activated when the rat was in other positions, OKeefe concluded that these “place cells” formed a map of the room.

In 1996, Edvard Moser and May-Britt Moser, who are married and now based in scientific institutes in the Norwegian town of Trondheim, worked with O’Keefe to learn how to record the activity of cells in the hippocampus.

Nearly a decade later, the Moser team discovered cells, in the entorhinal cortex region in brains of rats, which function as a navigation system. These so-called “grid cells”, they discovered, are constantly working to create a map of the outside world and are responsible for animals’ knowing where
they are, where they have been, and where they are going.

The finding, a fundamental piece of research, explains how the brain works but does not have immediate implications for new medicines, since it does not set out a mechanism of action.

But knowledge about the brain’s positioning system can also help understanding of what causes loss of spatial awareness in stroke patients or those with devastating brain diseases like dementia, of which Alzheimer’s is the most common form and which affects 44 million people worldwide.

“The discovery…revolutionised our understanding of how the brain knows where we are and is able to navigate within our surroundings,” said Andrew King, a professor of neurophysiology at Britain’s University of Oxford.

CHAMPAGNE IN THE LAB

May-Britt Moser danced and drank champagne with her colleagues in Trondheim after she was told of the award.

“This is so great, this is crazy. I am just jumping, screaming,” Moser told Reuters. “I am so proud of all the support that we have had. People have believed in us, in what we have been doing and now this is the reward.”

The scientist was discussing data with colleagues in their lab when she was called by the secretary general of the Nobel Assembly at the Karolinska Institute.

“I almost did not take the call because the discussion was so interesting,” she said.

Norwegian TV showed her co-workers singing “Happy Nobel to you” to the tune of “Happy Birthday”.

Her husband did not immediately learn that he had won the Nobel Prize as he was on a plane bound to Munich. Someone was waiting for him at Munich airport with flowers and gave him the news, he told the Norwegian news agency NTB.

The Mosers join a small club of married couples to win a Nobel Prize that includes scientific greats Pierre Curie and Marie Curie.

John Stein, an emeritus professor of physiology at Oxford said that, as with so many Nobel Prize winners, the discovery was at first ridiculed and dismissed, only later to get the recognition it warrants

“This is great news and well deserved,” Stein said. “I remember how great was the scoffing in the early 1970s when John first described ‘place cells’. ‘Bound to be an artefact’ and ‘He clearly underestimates rats’ sense of smell’ were typical reactions. Now, like so many ideas that were at first highly controversial, people say: ‘Well that’s obvious’!”

Medicine is the first of the Nobel Prizes awarded each year. Prizes for achievements in science, literature and peace were first awarded in 1901 in accordance with the will of dynamite inventor and businessman Alfred Nobel.

In his will, Nobel specified that the bulk of his fortune should be used for prizes – in physics, chemistry, physiology or medicine, literature and peace.

Other popular medicine laureates have included Alexander Fleming for the discovery of penicillin, Ivan Pavlov for his work on the physiology of digestion, and Robert Koch for his discoveries in relation to tuberculosis.

At least one dead as typhoon lashes Japan, heading for Tokyo