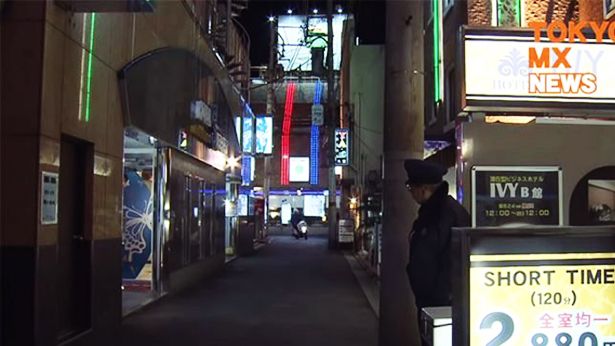 Initial reports say police were called by hotel staff when they heard loud screams from a woman after she had been heard arguing with a man in their room.  Police arrived at the fifth floor hotel room in suburban Tokyo and knocked on the door. A man shouted from inside for them to wait.

They decided to move in due to concern for the woman’s welfare only to find the victim lying naked and her assailan,t a 20 year old Japanese man, had jumped out the window. He was later found with head injuries in the sidewalk below the room.

The young girl died on Wednesday evening and the man, who survived the fall, will be questioned after he undergoes surgery and recovers.

Thai authorities report that the Thai woman was there as a tourist. A Japanese foreign ministry spokeswoman gave very few details, saying the families had been notified and that full autopsy results were expected soon from Japanese authorities.