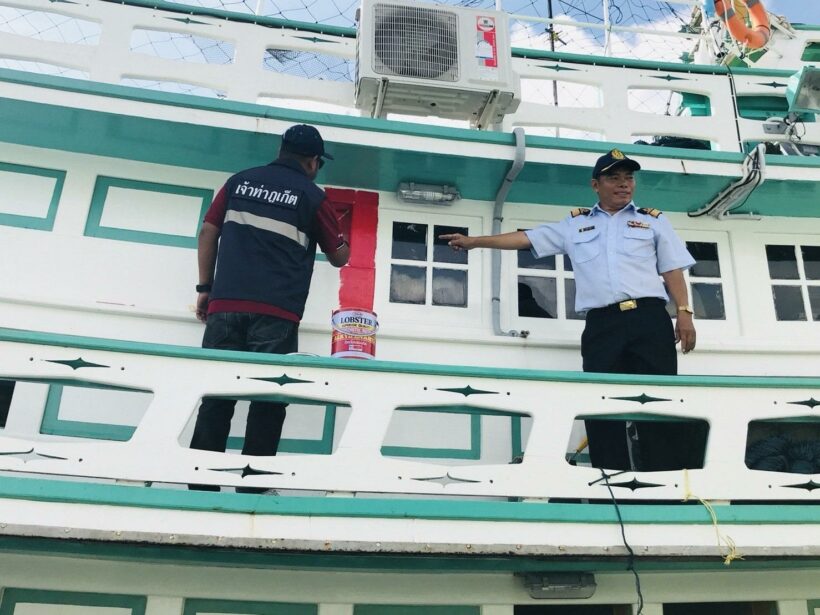 Lt-General Jaruwat Waisaya, Chief of the Office of Legal Affairs and Litigation, has ordered officials to question every person involved in the ‘whale shark’ incident last Friday.

Two fishing boats were captured on video by a nearby diving boat trying to free a whale shark that was caught up in one of their fishing nets. The crew wrangled with the big fish for 10 minutes before it was filmed slumping, apparently dead, back into the water.

“If they are found guilty, legal action must be taken. Officials are taking this very seriously.”

Official reports have been filed to police about the whale shark caught by fishermen.

On Monday (May 21) officials from the Phuket Marine Office locked ‘Sang Samut 2’ and ‘Sang Samut 3’ fishing boats which were parked at ‘Sang Arun’ Pier in Rassada. These two fishing boats featured in social media videos of the incident which has captured world headline. Officials say the vessels have been found to be involved in catching the whale shark.

These two fishing boats have now been painted with some red bands to show that they are not allowed to leave port.