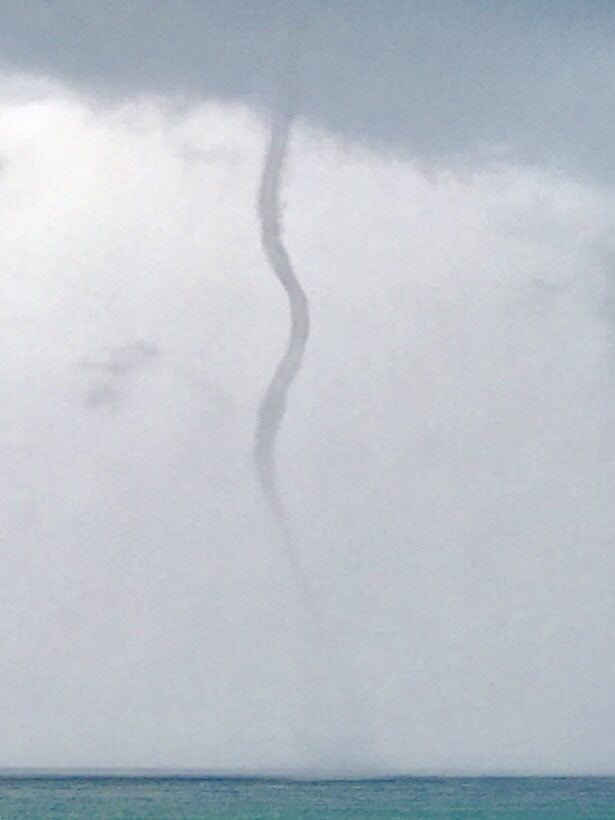 A waterspout was spotted near Ao Nang beach, in Krabi yesterday (September 11). The impressive, yet relatively harmless mini-tornado, lasted for about 20 minutes before it disappeared.

The 15 second video of the waterspout was shared by Warakorn Chamnanpoom. He says that it happened about 5 kilometers offshore. It is more likely to see such event during the rainy season with the south-west monsoons bringing more moisture and storms into the area.

“It was about 2pm when the waterspout started. I was walking along Ao Nang beach with my friend and we saw it rise and move closer to the shore. All beachgoers were excited about it and recorded the incident,” said Warakorn.

“It often happens during rainy season and during the season changes. I have seen this 3-4 times already this year.”