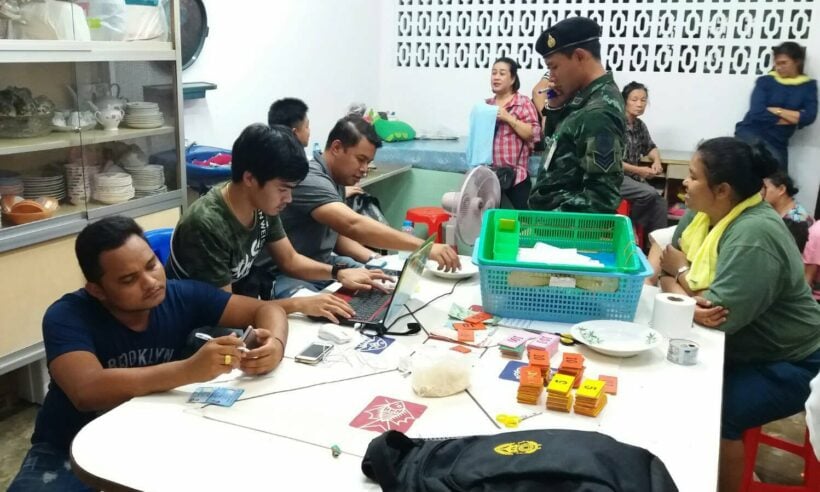 Early this morning (September 12), military and police teams searched a 2-storey house in Soi Sansuk 1 in Phuket Town and arrested 27 gamblers, including 11 men and 16 women. The place was used as a gambling house.

70 Wooden chips, used as money, cards and a gambling table were also found at the scene with 8,810 Baht in cash. 54 year old Anuporn Tiangthammakul, a Phuket local, was named as the ‘chairman’ of the gambling house. All gamblers were arrested and confessed to gambling at the location.

The version of the game they played is call Gung Pla Mangda Dokmai (which means Prawn, Fish, Horseshoe Crab and Flower as pictured on the table). This gambling game is mainly found in the Andaman region, based on another similar board in Thailand called Namtao Pu Pla in Thai (means Calabash, Crab and fish), itself influenced from a Chinese game and similar to “Crown and Anchor” played in western counties. 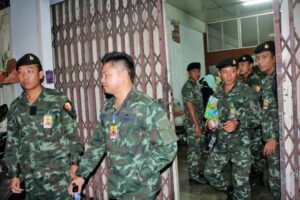 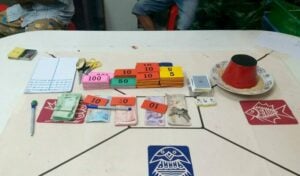