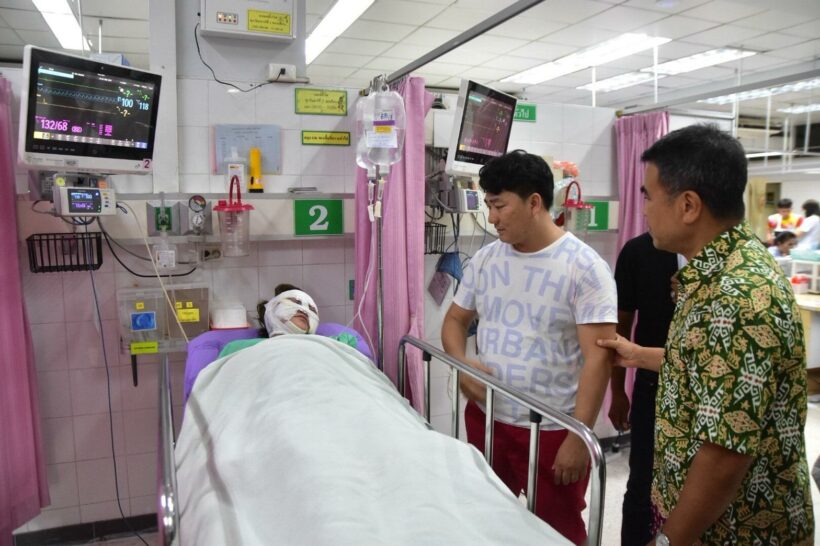 The Deputy Director of Krabi Nakarin International Hospital, Doctor Sunthorn Fongfung, revealed today (January 15) that the two patients remaining at the hospital’s ICU including Xu Xin and Wu Zhi An are still under close care from the medical team and will have to remain in the hospital for at least 20 days as 50% of their bodies are burnt while the captain, Kriengkrai Boonsri, also remains in the ICU of Krabi Hospital and can’t be questioned at this stage.

Apart from the 2 Chinese pasengers who remain in Krabi and the boat captain, there are another 4 people remaining in hospitals in Phuket including Ka Lia Sia and Li Ling Hua in Bangkok Hospital, Keang Tei Hong in Vachira Hospital and Prayat Saengwiman in Phuket OrBorJor Hospital while the other 9 people who were sent to the hospital earlier have already been released.

Krabi Police Commander, Pol Maj Gen Boontawee Toraksa, said that the investigators are gathering evidence and information from the witnesses.

“The boat captain will be charged for careless conduct resulting in injury. However, we can’t question him as he is still in ICU,” said Krabi Police Commander.

Meanwhile, at the meeting chaired by the Phuket Governor this morning, the government is looking at a solution to make marine rescue more organised and faster saying that the rescue attempts at the front of the Viking Cave location had many problems.

The report during the meeting revealed that the Thai Morning Sun is a small privately owned pier that is still waiting for approval to operate under its name (they are using the license of another pier for now) so there was no officer from the Marine Office checking the pier. The Governor has asked the Marine Office to manage this case as well as to check other privately owned piers around Phuket. 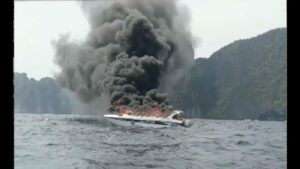 The Governor said that there’s a program that gathers name list and number of passengers traveling with each boat company, which is shared with the government, but only a handful of companies downloaded it and apply in action.

“We have started gathering the information of the passengers but only some companies have downloaded it to apply with their customers. However, all passengers traveling through government piers will be asked to fill in the information. Only at privately owned piers, we are finding companies that ignore the use of the program. We will have a meeting with boat operators today to sort this matter out urgently. Soon, I will also meet with the Krabi Governor to discuss about marine safety measures.”

“Usually, the boats are required to go through a yearly checkup but boats in Phuket are different. They work a lot more often and require more frequent checkup. I would ask the Marine Office to check Phuket boats more often, from once every year to once every 6 months for both the engine condition and the sea-worthiness of the boat.” 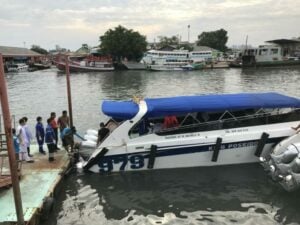 After the meeting, the Governor visited the Thai Morning Sun Pier in the Fish Marketing Organisation area to check the management.

According to Phuket Marine Office who tagged along with the Governor to the pier, there is a passenger data system but there is no report for the data. The Governor emphasised to the staff at the pier to strictly gather the data of the passengers before allowing each boat to head offshore.

Meanwhile, a spokesman at Thai Morning Sun, Charoen Kaewyodla, said that the boat did have insurance.

“In the case of yesterday’s incident we will be fully responsible for the losses and help as much as we can,” said the spokesman .

According to the company’s insurance cover, Siam City Insurance will cover a maximum amount of 500,000 Baht for injury and 1 million Baht for casualties while Thai Morning Sun’s Viriyah Insurance will pay the compensation of 15,000 Baht to each passenger.