Another public holiday today. The Government announced last year that they’d add an extra day to the new year holidays this year in an effort to relieve the rush of traffic as people head home and back for the new year break. Police will be out in force today checking on drunk drivers at checkpoints around the island. Government offices will remain closed, including Immigration. Banks will also be closed but open at most shopping centres. Here’s today’s other main news stories…

After the first four four days, the official death toll for the ‘Seven Dangerous Days’ reporting period was 239 with 2,500 injuries. The statistics are compiled by the Road Safety Centre.

Drink driving remains the biggest problem on Thailand’s roads causing most of fatal accidents. This is followed by speeding.

According to the national police chief General Chakthip Chaijinda, officials will tighten their monitoring of traffic conditions today, the last day of the four day holiday, to prevent further casualties as people return to their normal places of residence. 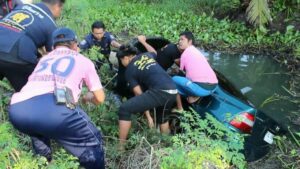 Police are still investigating the tragic accident off Koh Phi Phi where a 25 year old Indian tourist, Alok Kumar Shukla, died whilst attempting his first scuba dive. According to the scuba company running the tour, the incident happened during the pick up following the group’s first dive.

The dive company running the trip says the customer had returned to the boat to get out of his diving gear. He was about to take off the weight belt when he fell overboard. Three people jumped in after him but couldn’t locate him in the choppy seas.

Three others jumped in with scuba gear, located him and brought the man to the surface. CPR was applied immediately and the the man taken to a local hospital. He was later pronounced dead from drowning. 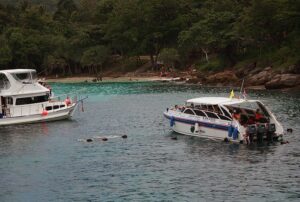 Thirteen Thai tourists were injured, four of them seriously, after a passenger van in which they were travelling skidded off a narrow road and plunged into a deep ravine in Chiang Mai.

Fang district officials rushed to the scene of the accident in Tambon Monpin. They found the van at rest at the bottom of the ravine about 140 metres from the road. All the injured were rescued and rushed to Fang district hospital for emergency treatment. 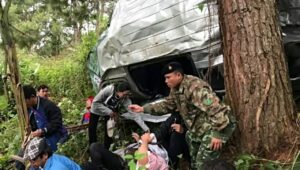 The Government is expressing optimism about the economic outlook for 2018, with PM General Prayut Chan-o-cha saying his New Year’s resolution is to push the “Smart City” concept in the Eastern Economic Corridor, formerly known as the ‘Detroit of the East’, taking in the areas east of Bangkok.

Government Spokesman Maj-General Sansern says the government expected that the economy would boom and extreme poverty “be eradicated” this year, despite signs of a deteriorating economy, including mass layoffs in several sectors. Sansern says the government plans to allocate funds to the grassroots economy, using tourism and the agricultural sectors as mechanisms to create sustainability. 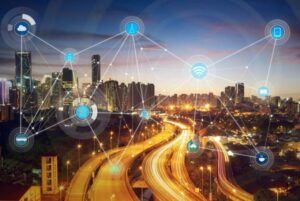 Authorities raided a bar yesterday morning and arrested staff and management for allegedly selling a concoction blended with hallucinogenic mushrooms, as well as nitrous oxide – better known as laughing gas – to New Year partygoers on Rin Beach on Koh Phangan. The raid occurred at the Bello Bar after authorities were tipped off that the bar was selling fruit smoothies mixed with psychotropic mushrooms.

Police say the beverages were mixed with the psychotropic mushroom and sold to revellers for 300 baht while balloons filled with laughing gas were sold at 150-200 baht.

Police charged them with the trade and possession of Type 5 narcotics, and selling nitrous oxide without authorisation. 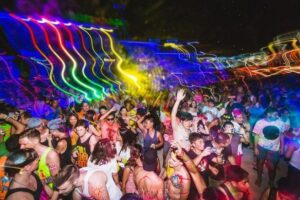 The Bank of Thailand reported that commercial banks had shut down nearly 300 bank branches in the country in 2017 as customers moved towards Internet and mobile banking services, ushering in a new era of digital banking.

SCB and Kasikorn Bank are seeking regulatory approval to operate e-commerce platforms to link millions of mobile customers with vendors of various goods and services, especially small and medium-sized enterprises (SMEs). In the retail sector, SCB is working with The Mall group, one of Thailand’s biggest retail and shopping centre chains, to introduce an automated cashier-less supermarket service at selected locations. 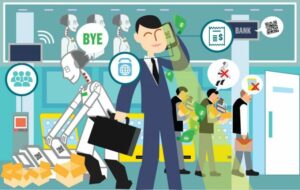