While the junta continued to claim that fighting corruption was on its agenda over the past year, the state-centric approach brought into question whether junta leaders were truly serious about dealing with graft – or were instead using the issue for their own benefit or to attack particular parties, an anti-graft watchdog has said.

“This especially creates an uncomfortable air when it comes to examining those in uniform,” Mana Nimitmongkol, secretary-general of the Anti-corruption Organisation of Thailand, said during an interview with The Nation. 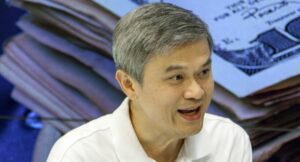 “This centralising policy collides with the fact that wealth is scattered among a small proportion of Thai people,” he said.

“It will only give the public an impression of benefiting some particular people.”

Examples of the military government’s centralising approach includes the National Council for Peace and Order’s (NCPO) establishment of several anti-corruption bodies, whether directly or via its appointments.

For instance, the current board of the National Anti-Corruption Commission (NACC) was appointed by the National Legislative Assembly (NLA), whose members were handpicked by the junta. Mana said this apparent connection between the anti-graft agency and the NCPO actually was causing a backlash that hurt the credibility of the junta.

The case of Deputy Prime Minister Prawit Wongsuwan’s luxury watches, for instance, has caught the public’s attention, not only over what appears to be a case of one of the junta’s most powerful figures seemingly having unusual wealth, but also in terms of the how NACC president Watcharapol Prasarnrajkit, who once worked closely with Prawit, will deal with the investigation. 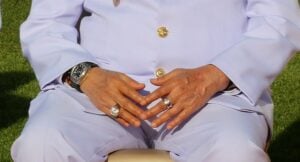 The NLA’s decision not to reset the constitutionally independent NACC board under the upcoming NACC bill, while choosing to reset other independent organisation such as the Election Commission, could also reinforce the public’s belief that there were unhealthy connections between anti-graft officials and the powers-that-be in the junta, he said.

That also justified questions of whether the NCPO was capable of efficiently and directly addressing related problems, he said. The NCPO chief, Prime Minister General Prayut Chan-o-cha, has also repeatedly used his absolute powers under Article 44 to swiftly shift, suspend or sack officials from their posts. Under current circumstances, the most that people could do to combat graft was to remain vigilant, Mana said.

While activist Srisuwan Janya was keen to file petitions against alleged probes committed by state officials, the general public should also keep their eyes and ears tuned to state conduct, he added. “It is also crucial to support freedom of the media so they can freely investigate any irregularities and inform society about their findings.”

TUESDAY MORNING NEWS BRIEFING – All your news in 3 minutes