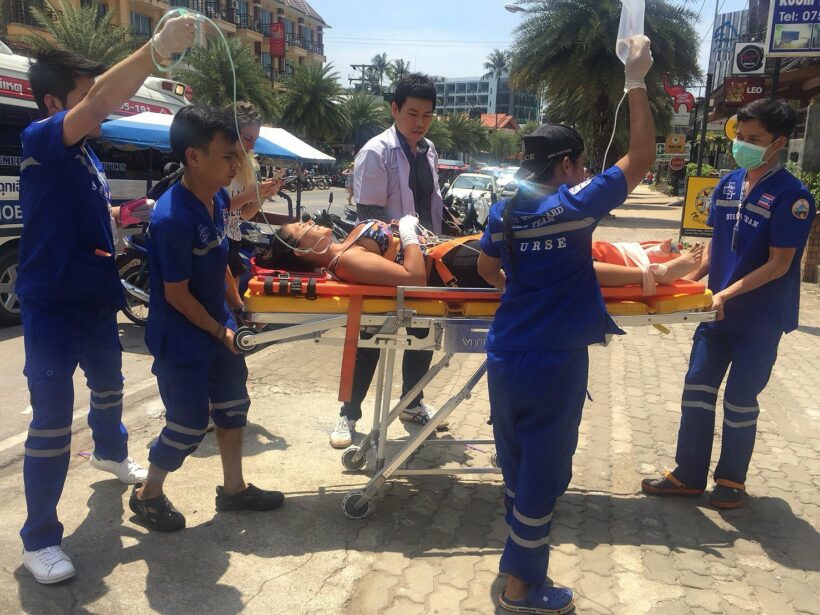 The Argentinian woman ended up with her right leg and the joint on the right foot broken with a serious open wound.

The Director of First Standard Group (Ao Nang), Doctor Yingyong Temsinsakul, together with more than 20 members of Railay Bay and Tonsai Bay Climber Club, went to rescue the woman. The team had to climb up 200 metres on a very rough route which took about 5 hours. Once retrieved she was sent to a clinic in Ao Nang.

After police were able to speak with her they found that she was traveling with friends near the cliff where she apparently tripped and fell down where it was very steep and sustained the injuries, so her friends went to seek assistance.

She will later be transferred to Ruam Phat Hospital in Trang province for further medication. 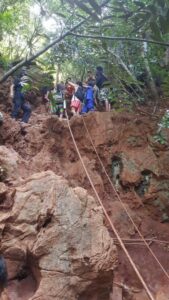