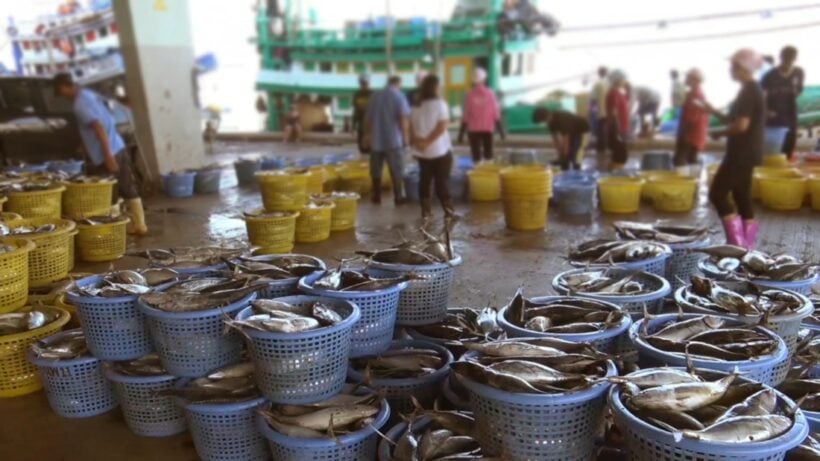 Continuing systemic flaws in the protection of the rights of workers and sustainable fishing policies has kept Thailand on the European Union’s “yellow flag” watch list for illegal, unreported and unregulated (IUU) fishing.

A source at the Agriculture and Cooperatives Ministry revealed that the EU has decided to maintain Thaialnd’s yellow flag for on IUU fishing.

Activists from the Civil Society’s Coalition for Ethical and Sustainable Seafood (CSO Coalition) said that lack of proper measures to protect the rights of workers in the fisheries sector and ensure sustainable fishing to protect species were the major reasons hindering government efforts to improve Thailand’s rank on IUU fishing – and protect its key seafood market.

The CSO Coalition also discussed the findings of two recent research studies on the situation of migrant workers in the fisheries industry and the impacts of unsustainable fishing on marine natural resources at a press conference in Bangkok yesterday. The studies found solid evidence of unsolved problems in Thailand’s fisheries sector, said CSO.

The government received kudos from Thai Sea Watch Association president Banjong Nasae for its determination to solve IUU fishing problems. They had introduced many strict measures to regulate and control Thai fishing fleets, said Banjong. However, the measures to tackle IUU fishing also contained many flaws and resulted in unsuccessful efforts to improve Thailand’s fisheries to meet EU standards, he said. “The weak point of the government’s previous IUU fishing mitigation measures was that they only prioritise the regulations for fishing vessels and ignore the policies for promoting sustainable fishing, which are also a very important matter for tackling IUU fishing,” he said.

He emphasised that Thailand’s fisheries could not be sustainable unless the government prohibits the use of destructive fishing equipment such as otter trawling and lit purse seines and issues quotas for catches.

“How can we solve IUU fishing when destructive fisheries are still openly operating?” Banjong asked.

“The government must ban environmentally harmful fishing equipment and come out with sustainable fishing policies based on a sustainable yield from our seas, in order to prevent overfishing and preserve the bounty of the marine ecosystem.

”A CSO Coalition study on the impacts of destructive fishing equipment found that the use of otter trawling and LED lights have cost an estimated 145 million baht in damages to Thailand, as these fishing methods also catch juveniles of many species, including 74 economically important fish, before they get a chance to reproduce.

Prominent migrant workers’ rights defender Suthasinee Kaewleklai said that inadequate rights protection for migrant workers in the fisheries sector had also contributed to the unsatisfactory performance in the mission to end IUU fishing.

“The results of a survey of 300 migrant workers in the fisheries industry from six provinces showed that many migrant workers still have to work in hostile condition for too long hours without proper welfare and protection of their rights,” Suthasinee said.

“We have found that many workers were being illegally taken advantage of by their employers. One in three participants in our survey said they have less than six hours rest per day, and one in five revealed that they have to work for more than 14 hours, which is a clear violation of worker protection laws.”

The government must efficiently enforce worker protection laws, she insisted, as well as encourage business owners to treat their workers justly. 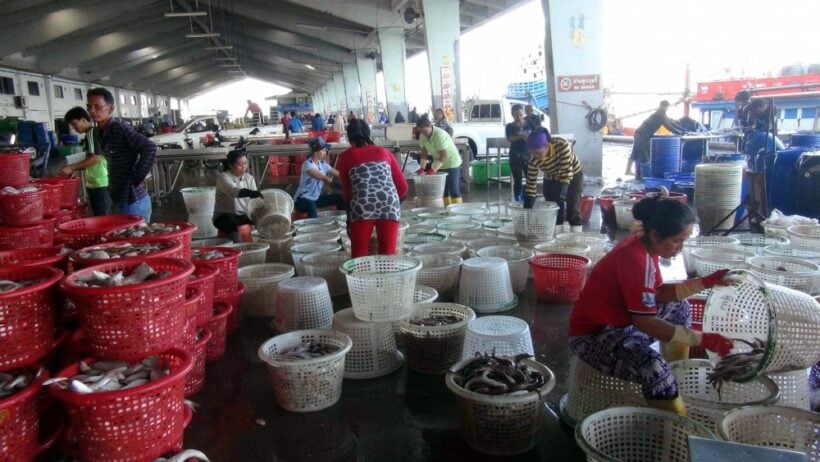