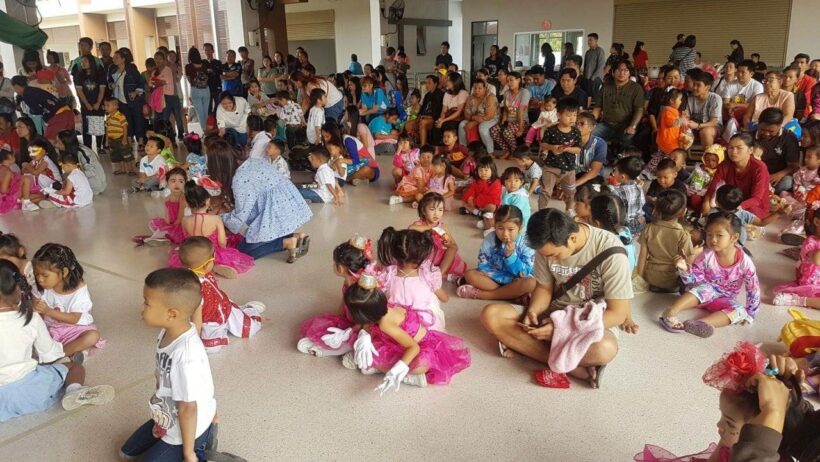 More than one in three children in Thailand are in disadvantaged groups – this according to the Mental Health Department’s director-general, Dr Squadron-Leader Boonruang Triruangworawat.

“Of 13.82 million children (below 18 years of age), at least 5 million are underprivileged,” Boonruang said.

He said 80 per cent of underprivileged children were financially poor and about six per cent were from multi-ethnic groups and without rights to state-provided healthcare services.

Agencies that extended medical services to these children would have to foot the bill themselves, he pointed out. The not-too flattering figures were released a day ahead of National Children’s Day, which will be celebrated across the country today. Every year, Thailand celebrates Children’s Day on the second Saturday of January.

Boonruang also disclosed that up to 220,842 children in Thailand had intellectual disabilities or autism. He added that just 5.59 per cent of the multi-ethnic children and those who were intellectually challenged could access healthcare services.

Boonruang said their lack of opportunities also hurt the country, depriving it of otherwise quality human resources. He said his department had implemented a project to develop a healthcare system for intellectually challenged children between 2013 and 2015. During the period, the project found that about 91.4 per cent of intellectually challenged students had oral-health problems in 2014.

“In 2015, the percentage of those having oral-health problems dropped sharply to 90.7,” he said.

Rajanukul Institute director Amporn Benjaponpitak said it was necessary to develop children because they were the foundation of the country. “We need to do more to address children’s problems,” she said. She also lamented that inequalities still prevailed in children’s care.

“So, it’s best to start promoting equality today,” Amporn said.
Boonruang said that this year his agency would take an integrated approach in ensuring that children with intellectual disabilities gain access to healthcare support.

SATURDAY MORNING HEADLINES – All your news in 3 minutes