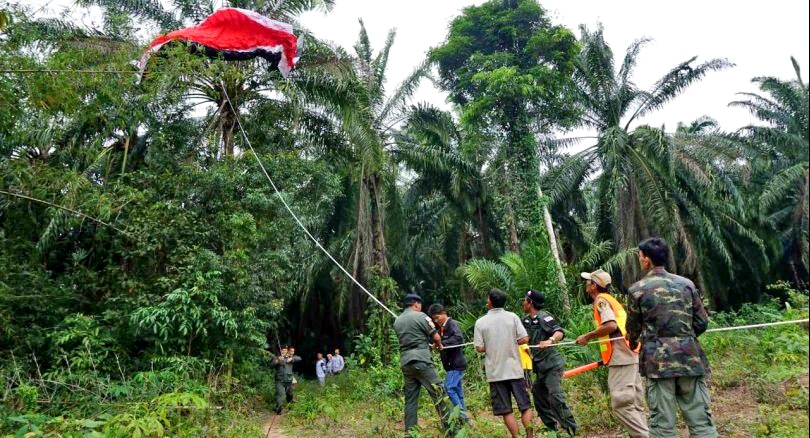 A powered paraglider fell and landed on a palm tree in Chumphon province during a show to mark National Children’s Day on Saturday morning.

The accident happened at 10am behind the Tambon Haad Yai Administrative Organisation in Lang Suan district, tambon officials said.

47 year old Sathaporn Rakbamrung who was flying the paraglider, escaped without injuries.

He performed a show with two friends who flew two other powered paragliders but his engine broke down, sending his glider into a spin before it was stuck on top of a 12-metre-tall palm tree.

He was later safely brought to the ground using a crane.

A third of Thai children are ‘disadvantaged’