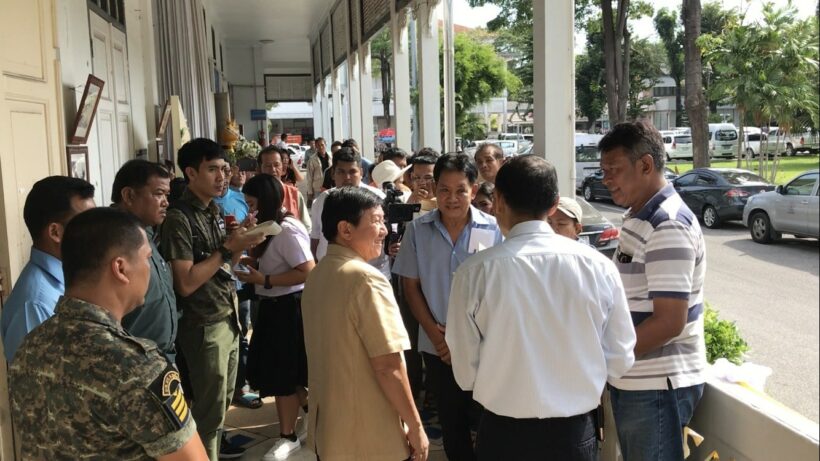 Villagers from Satonpoh Community in Chalong gathered at the Provincial Hall today (December 12) to file a letter to the Governor, calling for help for re-location after getting expelled from privately owned land.

Somjin Chuchuay, the representative of the community, explained that the land was initially a tin mine. According to Phuket Provincial Industry Office, the land belongs to the government and the concession expired in1980 and was left abandoned until 2003, when the villagers started to move in.

“In 2012, an individual claimed the ownership of the land, saying that the 5 plots of land were sold and merged into one plot. Since then, this person has tried to move the villagers from the land and has reported the villagers to the police for trespassing on private property and illegal building. However, after the DSI visited the land and investigated the land deed, they found that the deed was issued legally. 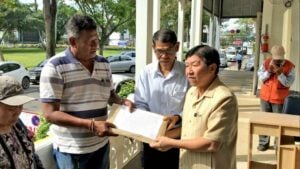 “The 40 households have to move out from the land within 8 months from October 25 or they will be removed by force. We are here today to call for help in finding a solution for the villagers.”

Vice Governor Prakob Wongmaneerung, who received the letter, said that he will pass the letter to the Governor to investigate possible solutions for the 40 families. The Governor will also set up a meeting with members of the Phuket Network of Poor People’s Rights and Development to discuss their housing issues on December 21.