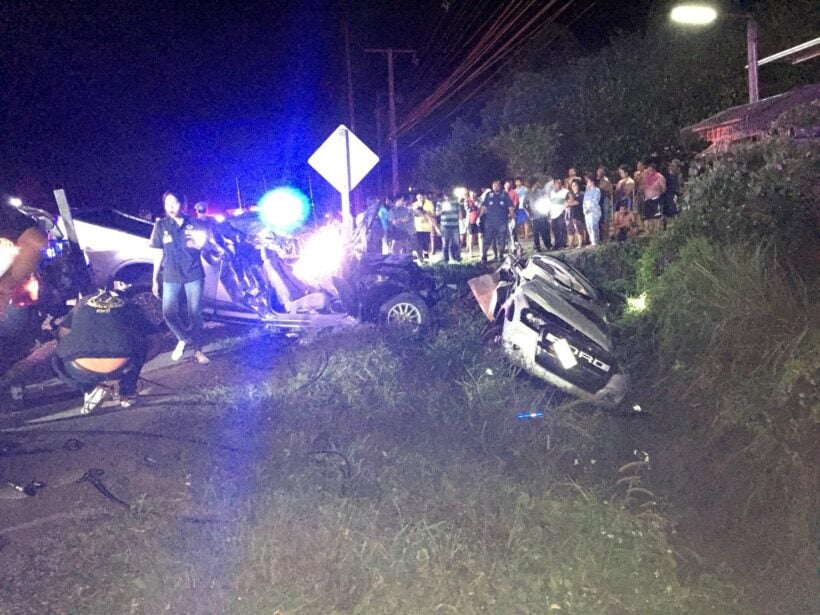 A pickup truck reportedly lost control on a curve, crossed the traffic island in the middle of the road and crashed into another pickup truck on the opposite lane, killing four people in Krabi province.

The accident occurred last night on Phetchakasem Road, Nuaklong – Klongthom route. At the scene, Nuaklong police found a gray pickup truck with Phang Nga license plates in the side road drain. The front of the vehicle was almost completely destroyed.

Inside the truck, police also found a six year old boy, Chaiyakorn Leelasuthaporn who is the only family member who survived the accident. He had a wound on his forehead and bruises on his body.

About 1 metre away from the pickup truck, another vehicle was in the drain as well about 10 metres away. Police also found the body of 44 year old Pornthip Jit-Aksorn nearby. Police believe that he must have bounced out during the accident. Pornthip was the only person in the other vehicle.

After an initial investigation police say that the pickup truck of the family of four was driving from Koh Lanta District heading towards Nuaklong District. The driver, Thanapon, lost control when he took the curve, crossed the road to the opposite lane when he hit Pornthip’s pickup truck.

According to the police, the corner is infamous as a dangerous curve in the region. 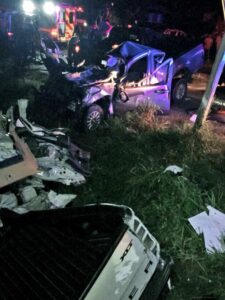 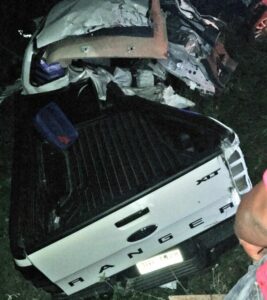