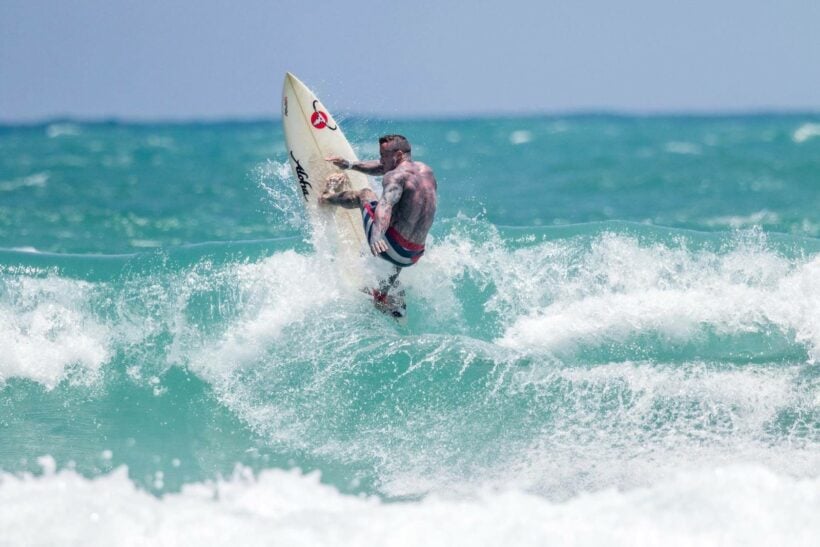 Last weekend past saw the first of five planned surf competitions for the region at Kata, one of the best surf beaches on the west coast of Phuket.

The event was organised and hosted by Kata Krew and the Karon Provincial Office with major support from Hanuman World, Flying Hanuman, Banana Beach, Seven Marine and SurfHouse Boardriders.

The event was blessed with excellent surf and brilliant sunshine and enjoyed by the islands cream of surfing community, family and friends a large contingent of onlookers and tourists enjoying the beach and beautiful day.

Five categories were contested over two days; beginners, ‘gromits’ (under 15), women’s, longboard and open short board. Surfers were judged by an expert panel on their commitment, difficulty and innovation of the maneuvres and how well they combined them. They did not disappoint the sometimes raucous crowd.

Event organizers plan to hold similar events from NaiHarn on the Islands southern tip up to Khao Lak before November, when the monsoon generated waves drop off, to give everyone an opportunity to surf and compete at their local break.
A fabulous after party and presentation night was celebrated by all the athletes and friends at the Kata SurfHouse where the category winners received surfboards from Freedom Boardsports and place-getters took away generous gift vouchers from Rip Curl and Quiksilver.

The absolute standout surfer of the day was young Henry Chapman who took home three surfboards for his efforts. Stay tuned for information on upcoming events.

Winners of the categories:

A big thanks to Royal Pennae for their assistance with this article. 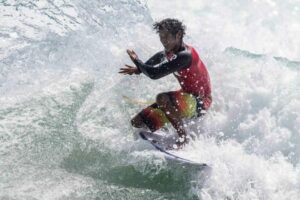 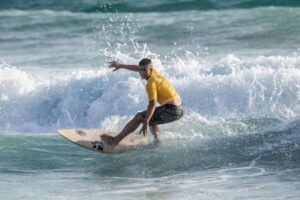