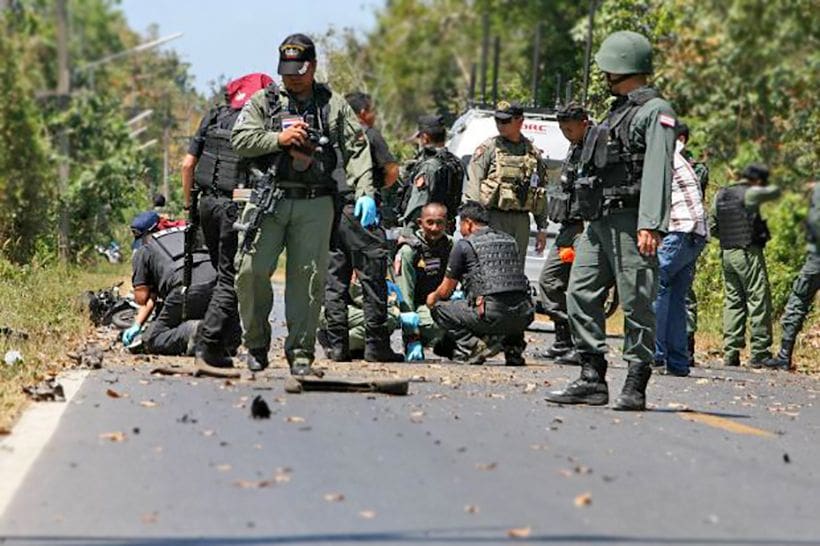 PHOTO: Nine hurt in bomb blast in Pattani in 2015 – The Star

Police and rangers have arrested three men in Pattani this morning (Saturday) after they were allegedly found with a homemade bomb in a gas cylinder.

The two motorcyclists and a pillion rider were arrested after police examined a bag carried by the pillion rider. Police allege that a gas cylinder containing about 20 kilograms of explosive was found in the bag. A detonating circuit was allegedly found hidden under the pillion of the motorcycle where the bomb was found.