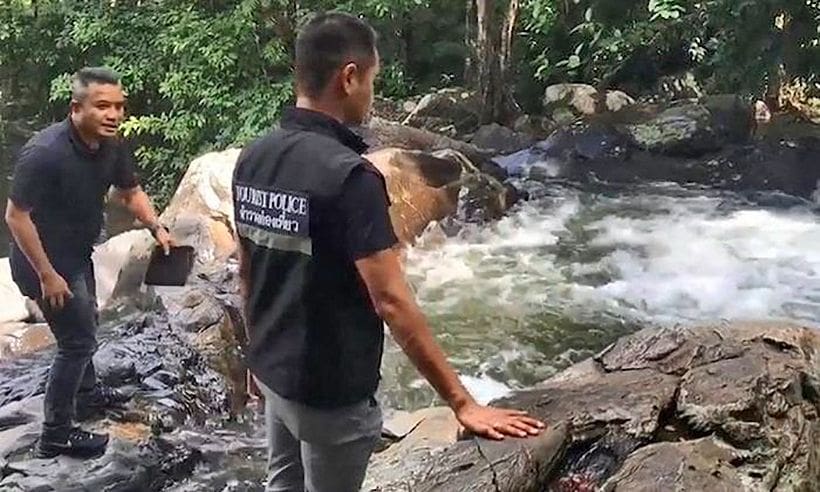 An investigation into the death of 28 year old Chinese tourist Lei Jiang at the Tone Nga Chang falls in Hat Yai in Thailand’s south has turned up some fresh evidence. A rock that may have been used as a murder weapon, as well as possible bloodstains, have been found in the area.

While an accident or suicide has not been ruled out, the police believe the evidence points to a possible murder. They say they’ve already spoken to a possible suspect in the case but the person is denying any involvement in the murder.

Yesterday Sanook.com reported that a taskforce, set up by Tourist Police Bureau deputy commander Maj-Gen Surachate Hakpan, in conjunction with local tourist and Thung Tam Sao police, had gone back to the falls to gather more evidence.

Divers helped locate a rock that may have been used as a murder weapon and stains that resembled bloodstains were found on leaves and rocks nearby.

The brother of the Chinese tourist is monitoring the situation in Thailand and her mother and father were expected to arrive today.

Sanook reports that developments are expected within the next two days.

Earlier reports suggested that the suspect in custody, worked with the deceased in KL and traveled to the falls in a car ahead of a taxi carrying the victim. The taxi driver was told not to wait by the man now in custody.

How many twins in one Trang school?