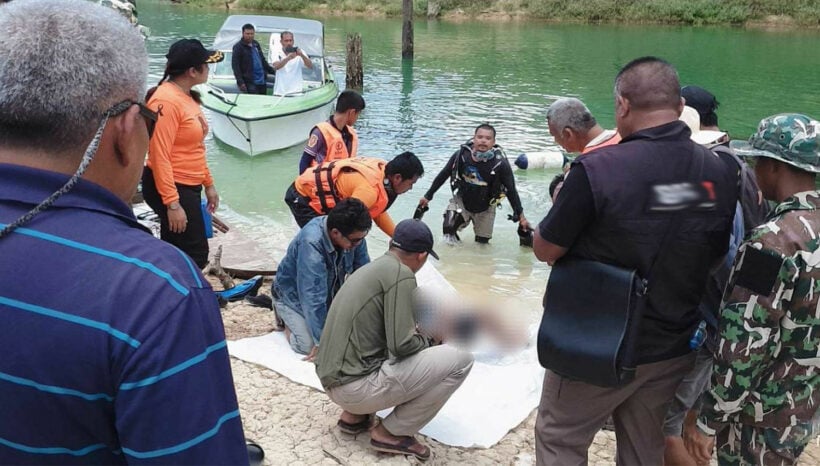 A member of the local forest patrol, who had gone missing after his boat struck a stump near the Ratchaprapha dam in the southern province of Surat Thani, was found dead yesterday. Thanakorn Chana-aksorn, from the Khlong Ya forest protection unit, is suspected to have suffered head injuries from the impact of the crash and subsequently drowned in the incident on Friday night.

Forestry officials, rescuers and divers found the body in the water about 20 metres from shore in the Khlong Suan area just after 11am yesterday. His body was taken to hospital for an autopsy.

A colleague noted that he and Thanakorn had taken separate boats to conduct a patrol at the dam on Friday evening. Thanakorn was behind him when they set out, but about 7 kilometres into the journey, he says, he looked back and didn’t see the light of Thanakorn’s boat.

He went back and found the boat, which appeared to have hit a stump in the middle of the dam, and immediately alerted others to begin a search.