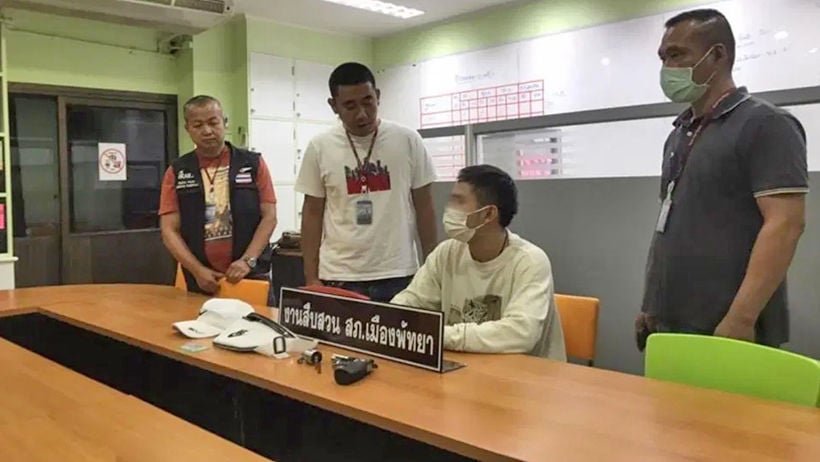 A 7-eleven employee in Pattaya has been arrested after firing a gun in public. Pattaya City police arrested 20 year old Jakkrit Paleang, a 7-eleven staff worker, yesterday and seized a handgun with several bullets.

The arrest came after an 18 year old man, whose name was not given to reporters, filed a report to police that Jakkrit threatened him with a gun. Jakkrit later reportedly admitted to the accusation. He told police he likes guns, and the gun he used was purchased for 8,000 baht from a seller on Facebook (where else would you buy a gun these days?!?!).

Jakkrit told police the teenager who reported him, “aggressively revved his motorbike at him”. He says he was angry and afraid he’d be attacked. He fired at the ground but claims he didn’t intend to hurt the teen.

Jakkrit stands charged with illegal possession of a firearm and ammunition, carrying a gun in public without a permit and discharging a firearm in public. 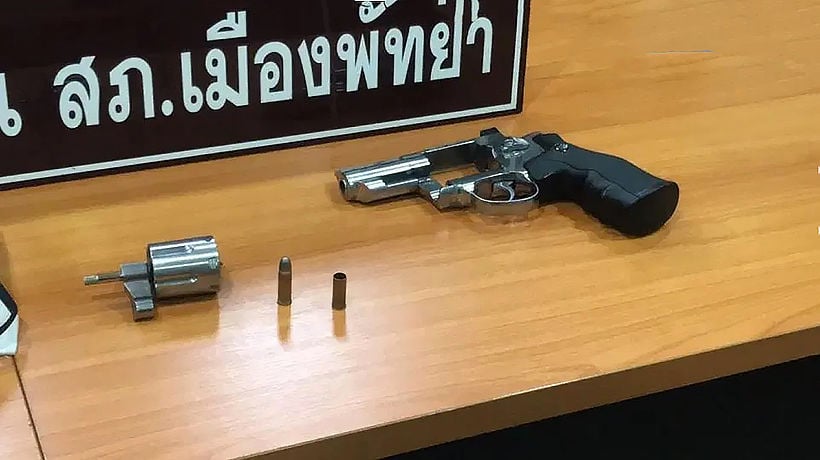