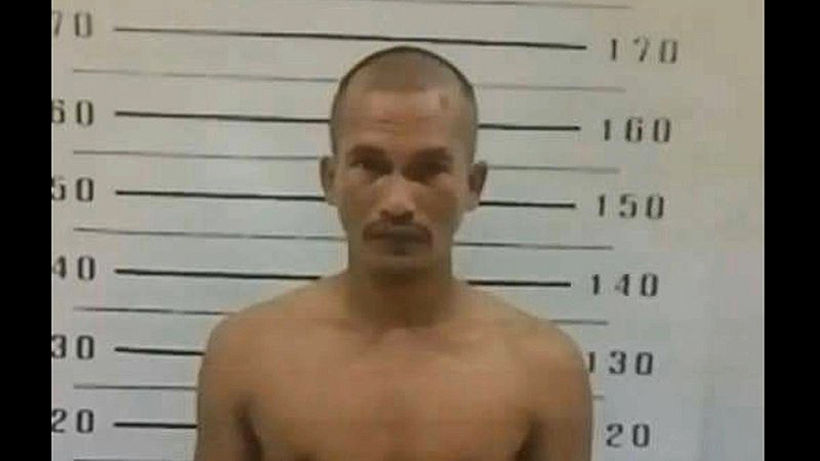 A prisoner who managed to escape from the Songkhla Provincial ail has now been recaptured at a rented house in Singhanakhon district. Police were able to locate him yesterday around midday. The Corrections Department had offered a 200,000 baht reward the day before for any information leading to the arrest of Dalok-Ani MaPrasit who escaped from the provincial prison

Officiers from the Ngam Police Station posted information about the arrest of Dalok-Ani on their Facebook page on Friday (December 27) at 1pm.

He was jailed for burglary. It was reported that Dalok-Ani escaped from the prison the day before by climbing out of a hole he made on the roof. He then stole a shirt and a pair of pants left out to dry, before escaping from the prison grounds.