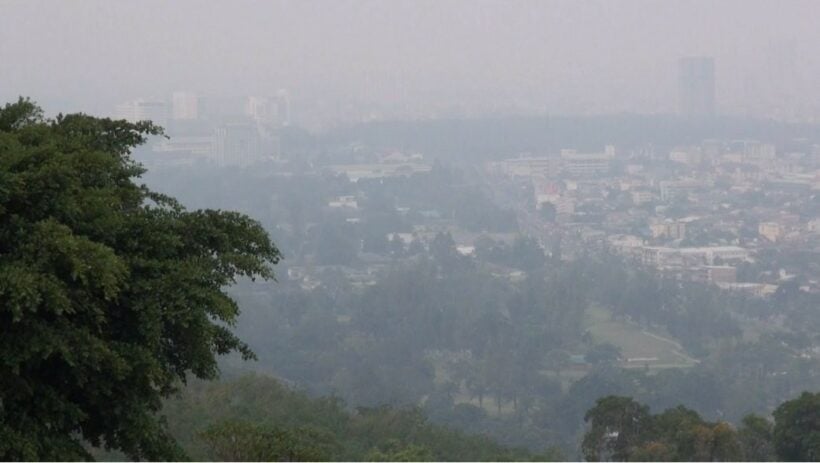 Smoke from forest fires in Indonesia has begun to affect areas of Thailand’s southern region, including the Hat Yai district of Songkla, where particulate levels are now considered detrimental to health.

Smoke from Indonesian forest fires has shrouded much of Songkla province extending out to sea, impacting on visibility for boat operators.

Songkla Fisheries Association Head, Suradech Nilubon has issued a warning to all commercial boats to proceed with caution at this time, emphasizing that boats returning to dock at night should use their spotlights to avoid accidents, while those at sea at night must keep warning lights on.

The sky over Yala province has been similarly affected by the smoke but particulate matter in the air has yet to reach dangerous levels. Children, pregnant women, senior citizens and those with respiratory and heart conditions have however been advised to wear face masks and to avoid outdoor activity for the time being. Commuters have been warned over reduced visibility when driving.