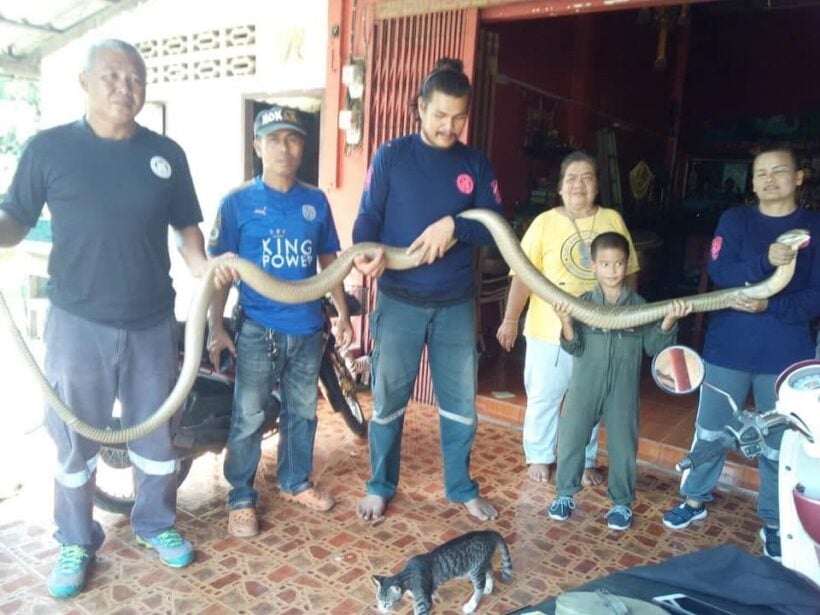 A five metre king cobra has been caught in Trang, in southern Thailand, yesterday.

74 year old Amphon Srisombat, a resident at a house in Kantang district, Trang, called staff at the Department of Disaster Prevention and Mitigation to explain that the king cobra was inside her house.

A DDPM crew took a short time to catch the king cobra saying that it wasn’t ‘fierce’ and was easily caught. The king cobra weighed about 10 kilograms. The cobra will be released back to a forest away from suburban areas. 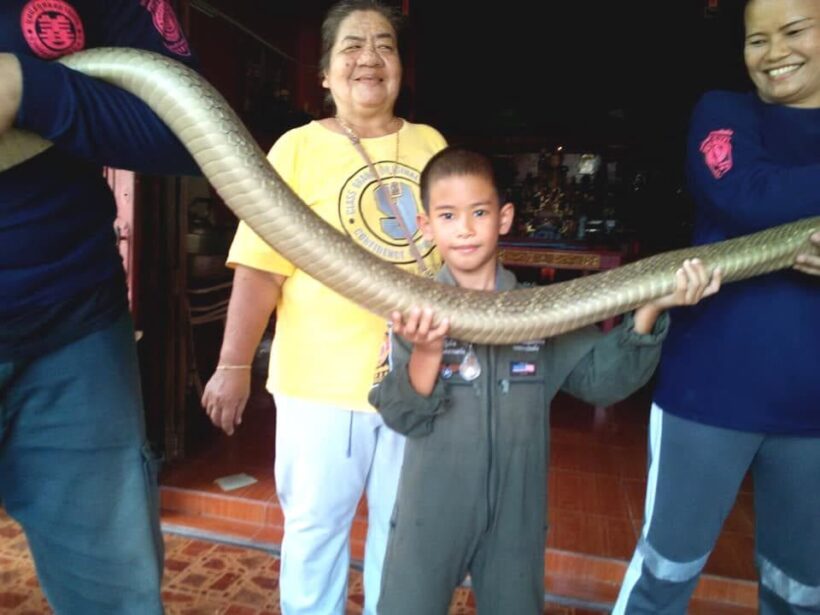