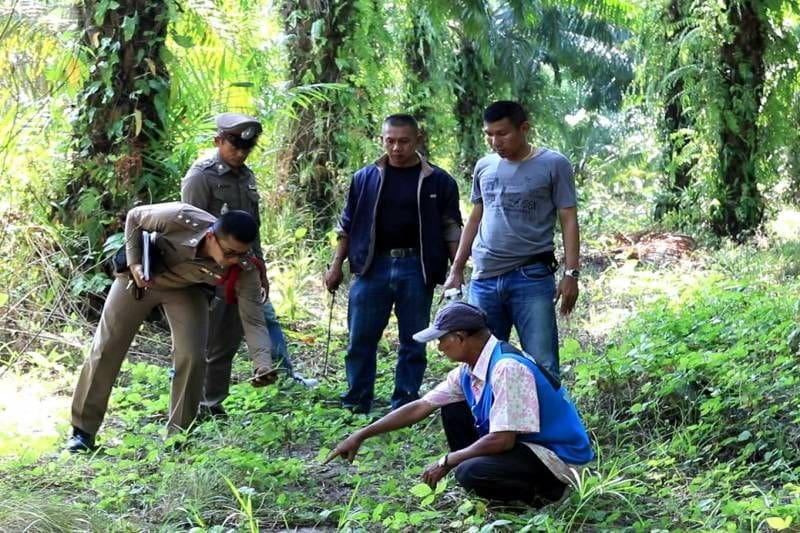 A Chumphon man returned from a short fishing trip to find that his wife was missing from the house.

72 year old Pornwichai looked everywhere but was unable to locate her. Eventually the family dog Bunnam came running to the house.

Pornwichai said to his pet: “Have you seen your mum then?”

The dog became agitated and ran out of the house as though he wanted Pornwichai to follow him. He led him into the adjacent palm plantation, according to Pornwichai’s recollection of events.

First Pornwichai found his wife’s underwear on a path and then he found a chain for an amulet.

Finally he found his dead wife lying naked in the plantation. The 72 year old Somwan had had her face smashed in with a blunt object and she appeared to have been raped.

The pair came looking for work on fishing boats the day before and ended up sharing drinks at the house. When it was late Somwan asked them to stop drinking and go home.

Tawan returned the next morning (Sunday) trying to sell an amulet but no one was interested. Then Pornwichai took his son to work on the fishing boat.

Daily News reports that Capt Sanya suspects Tawan returned in a “lustful state” and found Somwan home alone. Police believe she tried to run into the palm plantation but she was followed, murdered and raped.

The investigations continues as the search for the men is underway. 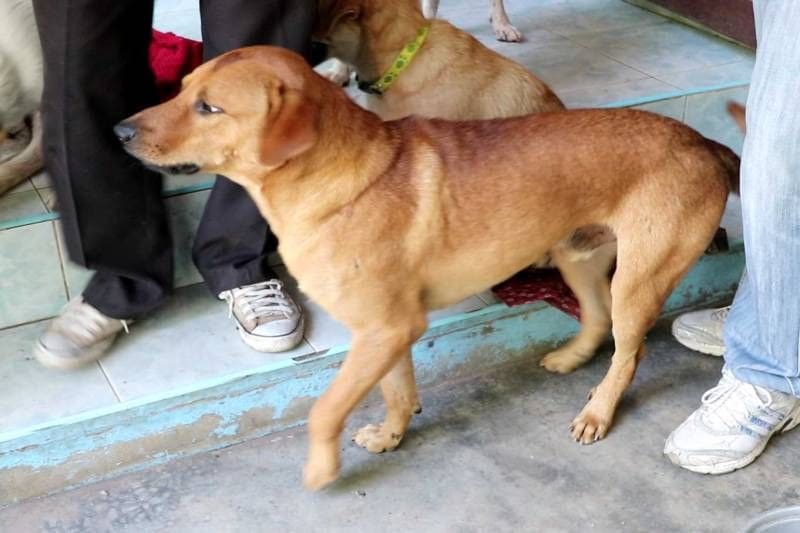 ‘Bunnam’, the family dog, led Pornwichai to the location of his deceased wife