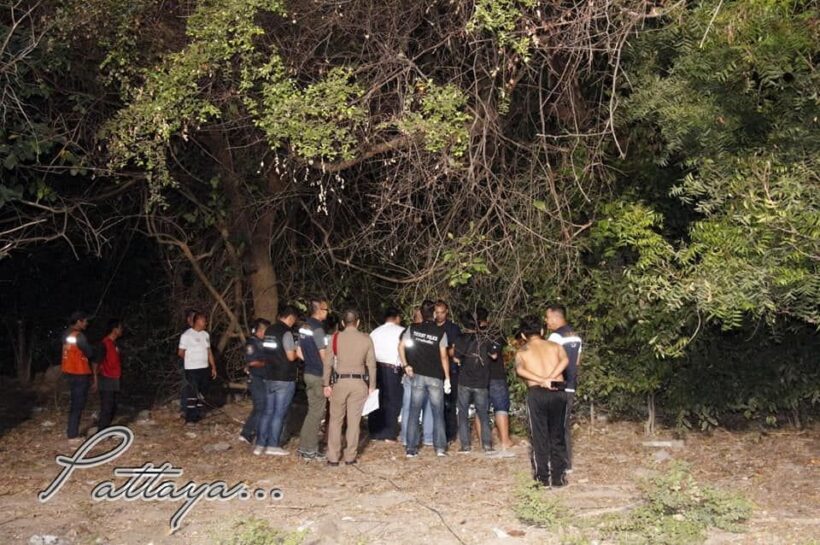 A local Pattaya resident has found an unidentified foreigner hanged from a tree in a vacant lot on upscale Pratumnak Hill. The man told police that he went into the area to relieve himself and noticed the foul stench.

Forensics officers and members of the Sawang Boriboon rescue foundation worked with police at the waste ground to recover and identify the body. The area is on So 6 and surrounded by barbed wire.

Police say he had a minor injury to his right thigh believed to have been sustained by swinging into one of the branches. There were no signs of a struggle or any other injuries. Police estimate the man had been dead for two days. The body was sent for a full autopsy.

There was no ID on the body and the man was wearing casual black and white clothing, white shoes and a black cap. Police say the incident appears to be a suicide.

Italian man attacked with a hammer in road rage incident 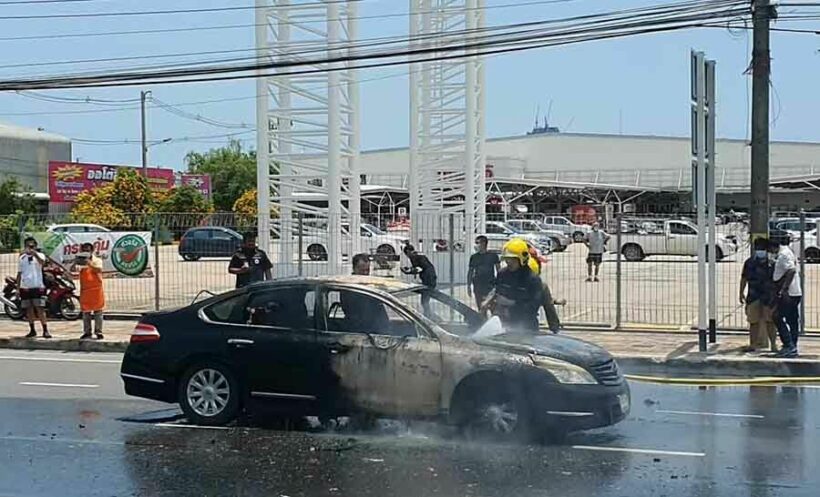