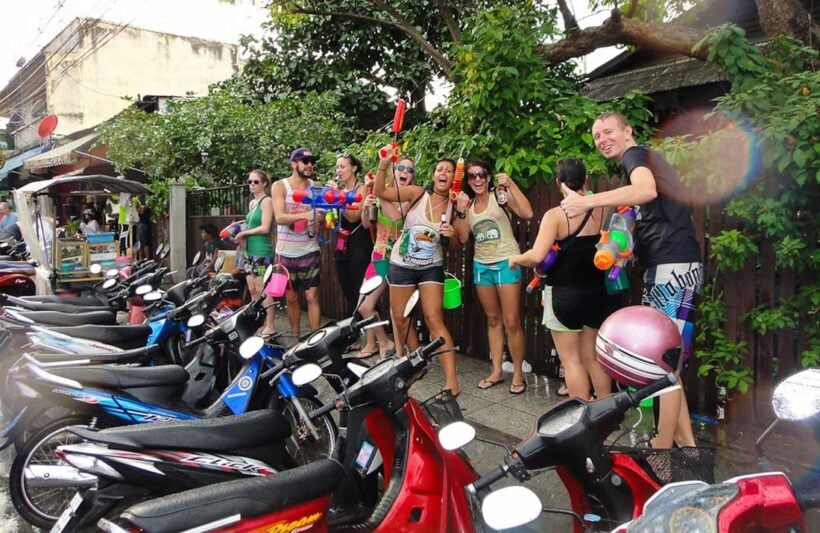 The province’s 11,000 hotel rooms have an occupancy rate of over 80 per cent this year, he said, adding that the tourism revenue during Songkran is estimated to top 1.1 billion baht, up 5 per cent from the previous year.

The province is popular among German, Scandinavian and Asian tourists due to its proximity to popular islands.

On the second day of the three days of the long traditional Thai New Year yesterday, Thailand was still soaked in a festive mood, even as the Meteorological Department reported a midday temperature above 32 degrees Celsius in every part of the country.

Some provinces in the upper part of Thailand reeled in heat exceeding 40 degrees Celsius. For the remainder of the holidays, the Weather Forecast Bureau yesterday said every region would face very hot weather. Temperature in the northern, northeastern, central and eastern regions would range from 34 to 40 degrees Celsius, while the average temperature in Bangkok and the South would be slightly cooler, averaging 32 to 38 degrees Celsius.

The highest temperature yesterday was recorded at 40.2 degrees Celsius in Nong Khai, Si Saket, Chaiyaphum and Surin provinces in the Northeast.

People planning to participate in outdoor Songkran water fights were advised to stay cool to prevent heat stroke and avoid long exposure to the midday sun without skin protection, or they could suffer sunburns.

Songkran celebration venues in major cities across the country reported an unexpectedly high turnout as people played in the water to cool off during the hot day.

Wanchai Sakudomchai, director of the Meteorological Department, forecast that today – the final day of the Songkran Festival – an approaching cold front from southern China would affect the weather in the eastern and northeastern regions, with risk of summer storms from today until next Wednesday.

Local people and farmers have also been told to remain prepared, as the summer storms could damage crops and properties. In the northern region, large crowds of Chinese tourists were seen celebrating Songkran and joyfully splashing water on each other with colourful water guns. There also were tourists from Western countries and Thais at Chiang Mai’s Tha Pae Gate and along the moat in Chiang Mai’s old town.

In Phuket we’re heading for 33 degrees today with a 50 percent chance of rain and partly cloudy skies. Even Patong seemed to have just run out of Songkran steam as of last night.