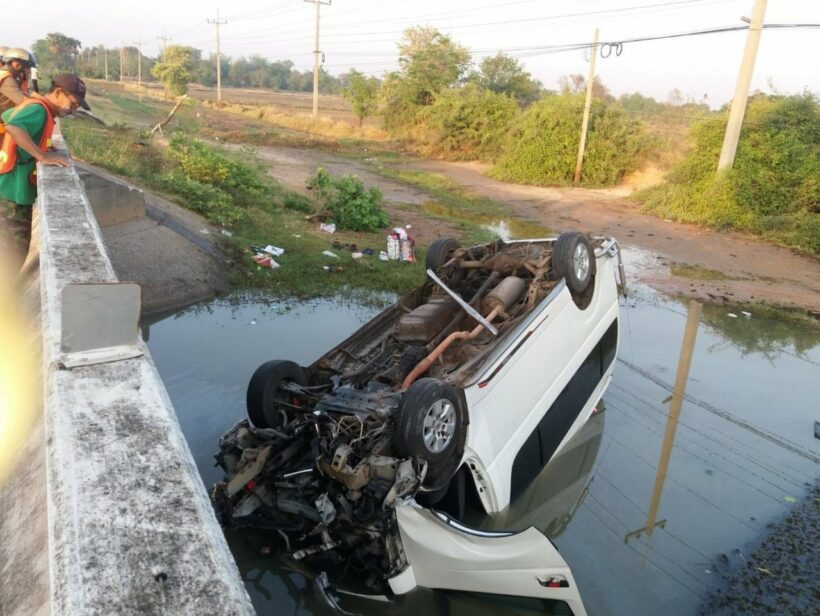 Whilst the road toll is mounting and drunk drivers’ cars impounded at record numbers, authorities must be scratching their head wondering what they need to do to stem the disgraceful annual carnage on Thailand’s roads during Songkran.

Even as police claimed to push stricter law enforcement to lower crimes during the Songkran Festival, the increase in the number of accidents, injuries and deaths on the road on the third day of this year’s “seven dangerous days” raises doubts whether the preventive measures are working.

The Road Safety Centre yesterday reported that after the first three of the seven day reporting period, the number of road fatalities, injuries and accidents were all higher than during the same period of last year. That’s not a spike in statistics, that’s a trend.

According to the road accident report on April 13 – the third day of the monitoring period – there were a total of 820 accidents, 86 deaths and 852 injured people – with increases in all numbers except the death toll. When added to the statistics of the previous two days of the campaign, the totals for the first three days were all higher than the same period last year.

RFSC statistics reported that from Wednesday until yesterday, there were 1,846 road accidents that injured 1,934 persons, killed 183 people, while during the same period last year there were 1,741 accidents, 1,778 injured, and 183 deaths.

Meanwhile, police have been monitoring about 300 surveillance TV cameras in Bangkok’s Silom Road area around the clock as part of precautionary measures for tourist safety during Songkran, while also checking revellers for the modesty of their dress and actions. In addition, in an attempt to avoid violence, police have issued warnings to revellers over alcohol consumption in prohibited areas.