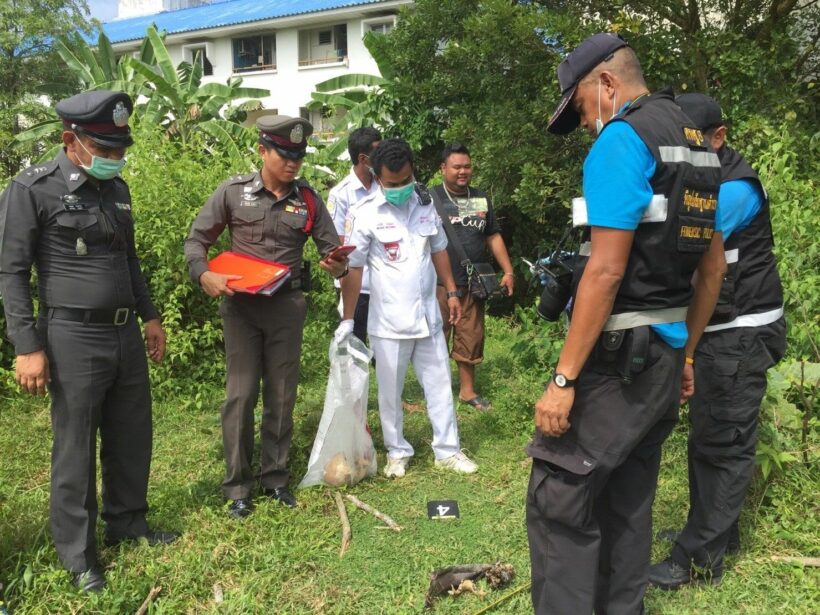 Following the case early yesterday where a man’s body was found without its head in Thalang (story HERE), police have discovered his skull in a watercourse in Baan Lipon, Thalang (December 10) after a three hour search.

After finding the body, police conducted a survey by walking along the watercourse at 9 am Sunday from the scene backwards to Lan Mountan which is a natural waterway. At about 12.30 pm the team found a skull in the watercourse near the Baan Lipon government housing project, under a tree. Police found a rope tied up to a branch and the other end of the rope 5 pieces of neck bone. The rope was 2.2 metres long. The tree was located about 700 metres away from the drain where the police found the body.

After an autopsy of the body, forensics found no trace of physical attack. Police assume that the man might have committed suicide. The heavy rain for the past few days might have moved the corpse and separated the head from the body.

Police believe that the man is a foreign worker. 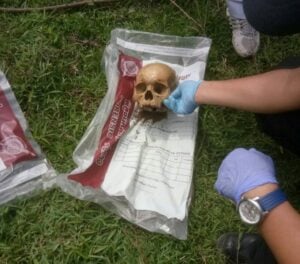 MONDAY MORNING BRIEFING – All your local news in 3 minutes