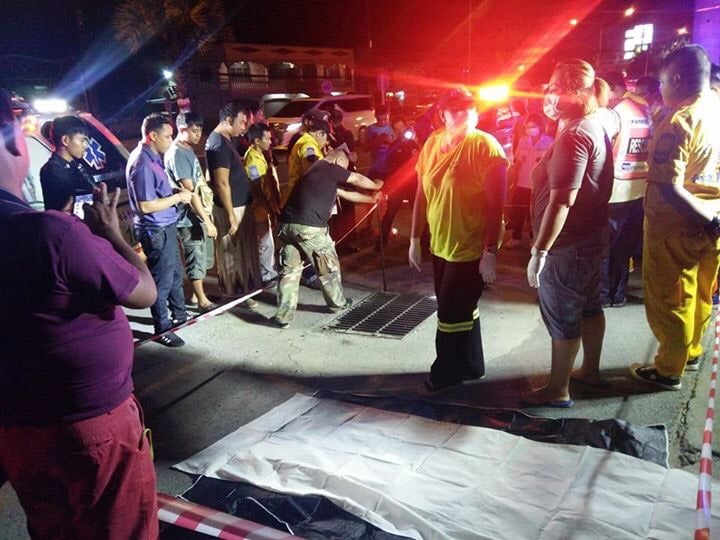 Thalang police received a report about a dead body found in a drain on Thepkasattri Road in Thalang heading towards Phuket Town last night (December 9).

At the scene, police found a large crowd crowded around a drain with a strong smell coming from it. After opening it up, police found a decayed male body without his head. The man was wearing a T-shirt and long jeans. On his left arm there was green and red wristbands with a tattoo. But, there was no identification documents to help police with an ID. Police have sent the body to Thalang Hospital for an autopsy. 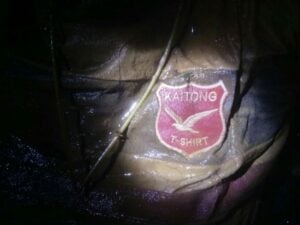 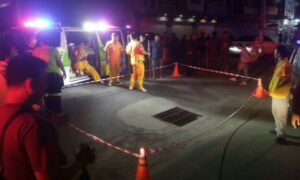 After investigation 35 year old Mongkol Kongsaeng from the Chiang Rai province, who found the body, said that he was buying food nearby and realised that his car key was missing. He thought that the key might have dropped into the drain and used his mobile phone flashlight to see inside the drain along the way and was shocked by the dead body lying in the pit.

Police haven’t yet located the head of the deceased man and are now treating the incident as a homicide. Police are now continuing to seek more information on the identity of the man. 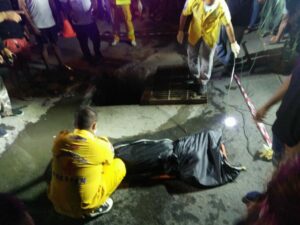