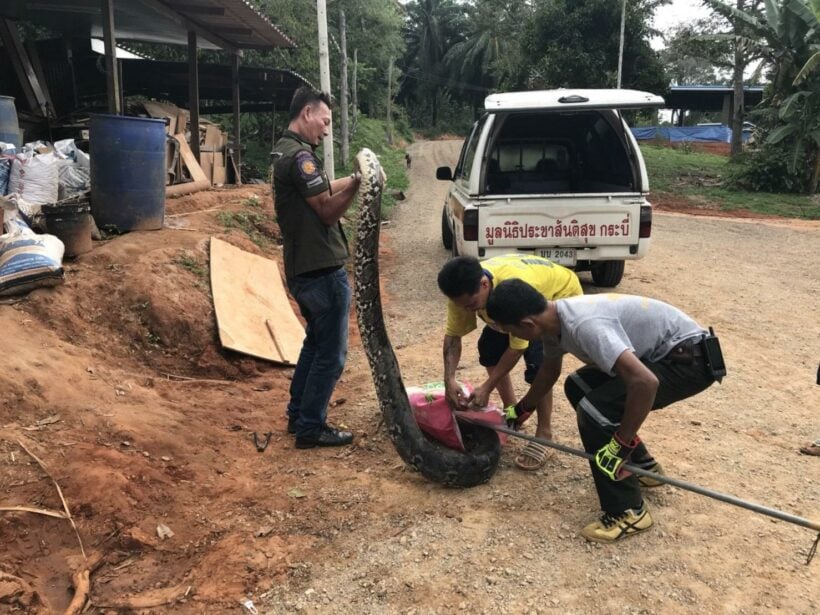 Officials of a local foundation in Krabi have released a 6 metre long python back into a forest this morning (Friday) after they captured it at a house in the Muang district the previous evening.

The snake, which weighs about 50 kilograms, was captured from a pile of wooden planks near the duck pen of a house in Tambon Tapprik. Officials of the Prachasantisuk Krabi Foundation took about an hour to extract the snake from the pile and another 10 minutes to get it inside a cage.

Rescue worker Amnouy Senla said, “It was the longest snake they had ever caught. It was released to Pa Nai Chong (Pa Kae) National Forest Reserve in Krabi.”

Five people in custody after bomb-making equipment and chemicals discovered