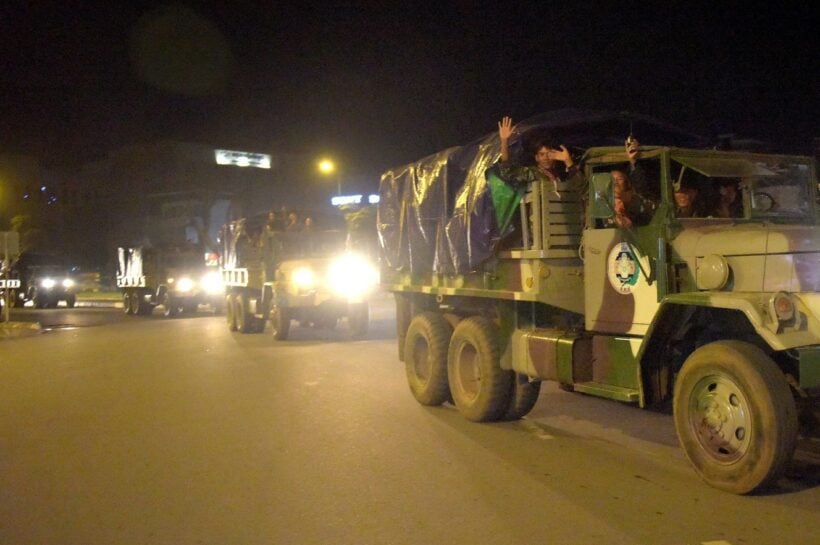 Cambodia’s PM has issued a six-day “ultimatum” to Laos – to remove a group of troops who have allegedly trespassed across their border, or face a military response.

“We don’t want to have a dispute with Laos, but we also cannot allow the situation remain like this anymore,” said PM Sen, adding that he was running out of patience with “the invasion” by Laos troops.

New York Post is reporting that at least 30 soldiers are said to have crossed over from Laos in April. They were allegedly trying to stop Cambodian military engineers from building a road in the area.

PM Sen says that officials had ordered the troops to leave, but they “did not retreat.” He also claims to have called the Laotian PM several times over the past few months and received no response.

Cambodia and Laos share a 540 kilometre land border, most of it unguarded.

This is a rare territorial fracas between the typically friendly countries. Both countries have communist governments. But it appears that Cambodian officials have grown tired of Laos’ alleged advances into the nation following reports that they had refused to leave an area in Stung Treng province.

At least 30 soldiers were said to have crossed over from Laos in April. They were allegedly trying to stop Cambodian military engineers from building a road in the area.

Sen said Friday that officials had ordered the troops to leave, but they “did not retreat.” He also claimed to have called the Laotian prime minister several times over the past few months — and got no response.

PM Sen said “I want to go to Laos to speak clearly about whether or not the forces will be withdrawn.”

In the meantime, Cambodian Defense Minister Tea Banh and generals Pol Saroeun — commander-in-chief of the military — and Kun Kim, his deputy, have been ordered to prepare for battle.

Demands for recovery of Thai student bodies in California