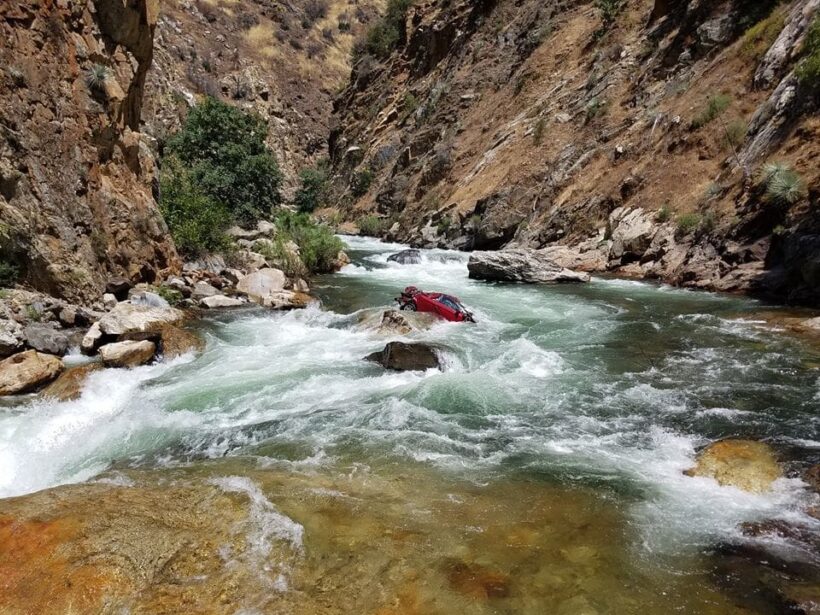 Several Thai associations in California will gather today to call for US authorities to speed up the recovery of the bodies of two Thai students and their rental car, according to a respresentative.

The comments were made in a video posted by by Siam Town US’s Facebook page.

The gathering would include representatives of at least five Thai associations in California, not as a protest but only to demand authorities to start the retrieval operation, as the accident took place half a month ago, said Sriwong Ayasitthi, president of the Thai New Year and Songkran Festival.

Police were alerted on July 27 by hotel staff that Bhakapon Chairatanathongporn and Thiwadee Saengsuriyarit, postgraduate students from South Florida University, were missing after they failed to check out of a hotel while their belongings were still in the room.

Their rental car was later found in the Sierra Nevada mountain range at the base of a 150-metre cliff in the Kings River. The students were believed to have been heading to Kings Canyon National Park when the accident happened.

Sriwong said the group planned to give flowers to the Fresno County Sheriff and others involved to offer them moral support. US officials have said strong winds and bad weather, as well as the high level of water from snowmelt and rapid river current, had prevented them from recovering the victims.

There will also be a candle-lit ceremony at the highway where the accident happened.

Meanwhile, a reporter from Nat News TV interviewed a US rescue officer at the scene of the accident who said it was still too dangerous to send rescuers to retrieve the bodies.

The officer, who was not named in the video, said the abnormally high levels of snow and rain this year were 150 per cent of average levels. “The water has been still flowing rapidly, making it unsafe to get into the river. The recovery of the bodies and the car is still dangerous.”