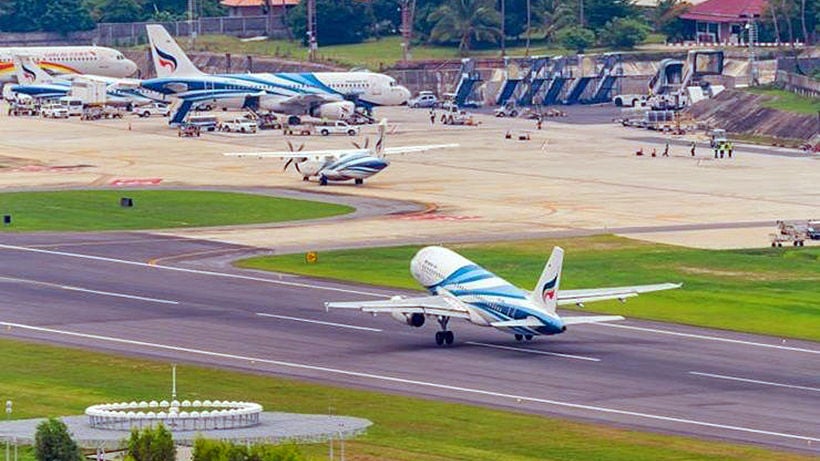 Police, immigration and airport authorities have closed down a ‘spy cam’ that was providing real-time video of activities at Koh Samui’s Airport.

Police headed to a house next to the Koh Samui Airport after complaints that a CCTV camera was recording take-offs and landings at the airport. The authorities deemed that the camera could pose a security risk.

The camera is one of many that give realtime views of locations on Samui for 44,600 followers on YouTube and Facebook. It is called “The Real Samui Webcam“. The live cameras provide foreigners a snapshot of what is currently going on around the holiday island.

Authorities found a 72 year old British man whose passport and work permit were all in order. He works in the “detox” industry at a health company. He told police that the camera was located on his flat roof and had been put there by a friend. Channel 3 news reports the camera is now offline. The airport authority had claimed that the camera was a risk to security as the “airport is used by many important people”.

But there are still plenty of live-streams of the Gulf island available. Looks like a nice day on Koh Samui!

‘Krabi Premium’ launched by the Tourism Authority of Thailand