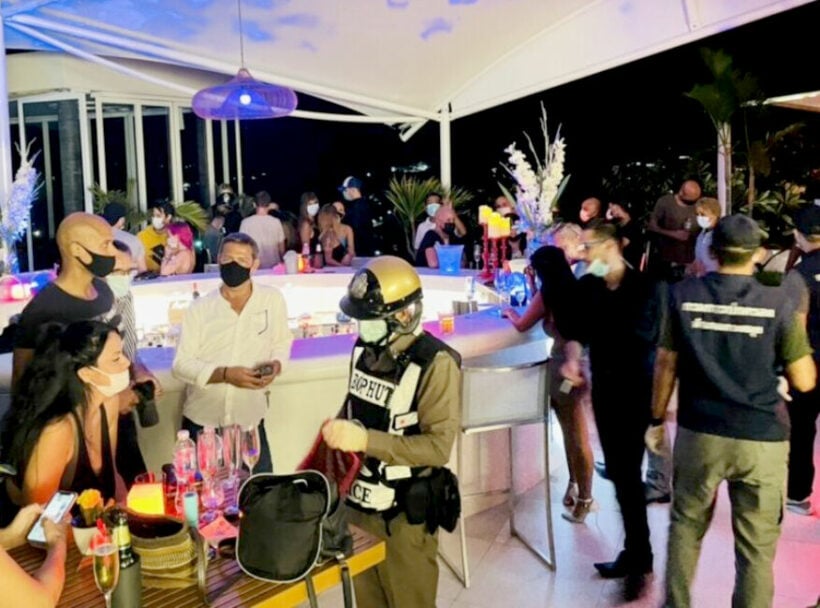 In an update to our story yesterday regarding an illegal birthday party on Koh Samui that saw 48 partiers taken into custody, charges have apparently been filed against 44 party attendees. A report in Thai media said 44 of the 48 partiers at Maithy Pool Lounge & Restaurant inside a luxury resort in the hills behind Bangrak on the northeast corner of the island have now been charged.

The people attending the illegal birthday party violated the Covid-19 Emergency Decree and Communicable Diseases Act, enacted to curb the spread of Covid-19 by forbidding gathering, especially ones with alcohol.

Thai media Matichon reports that 44 of the partiers attending the Koh Samui birthday bash were sentenced to 15 days in prison, which was suspended for one year, and a fine of 10,000 baht each. The charges were cited under the Emergency Decree as well as the Disease Control Act of Surat Thani.

Meanwhile, 2 restaurants were busted in Koh Samui for serving alcohol. Earlier confusion over the location due to several restaurants bearing the same name on the island was cleared up in subsequent reporting, identifying the Apple Bar and Bamboo Restaurant, both in Chaweng.

The two restaurants were closed and the owners were arrested when police found patrons drinking and playing pool. They were each charged 5,000 baht for violating Covid-19 restrictions and the Surat Thani Provincial Order that bans restaurants from opening after 11 pm. They were convicted of selling alcoholic beverages and allowing consumption of alcohol on the premises.

Man stabbed his common-law wife in front of police station