Thai Rath is reporting that the pharmacy worker who smashed a bottle over the head of a female Portuguese tourist on Koh Phangan has apologised for his actions.

But he stopped short of apologising to the victim. He blames the tourist and her friend for starting the incident and says that anyone who had heard the full story and seen all the different videos would have come to the same conclusion about the girls’ behaviour.

He also asked people on social media to stop commenting about his parents saying that the comments were hurtful.

Jakkrit smashed the bottle over the tourist’s head while Pitiphat allegedly handled the woman.

Thai Rath reports that Jakkrit told police that he asked three times for the tourists to move away from the shop. Finally he threatened to throw water at them. He says one tourist assaulted his friend and the matter escalated. He admitted the situation had got out of control.

In his statement he said: “I would like to apologise to everyone and the people of Koh Phangan.

Meanwhile, the woman who was on the receiving end of the bottle has left Koh Phangan after the Full Moon Party without making a report to police. Police say she has boarded a plane in Phuket heading for Dubai. Another report alleges she didn’t pay the Koh Phangan clinic that attended to her injury.

Jakkrit finished by saying that he had been of good character in the five years he worked at the pharmacy on the island. 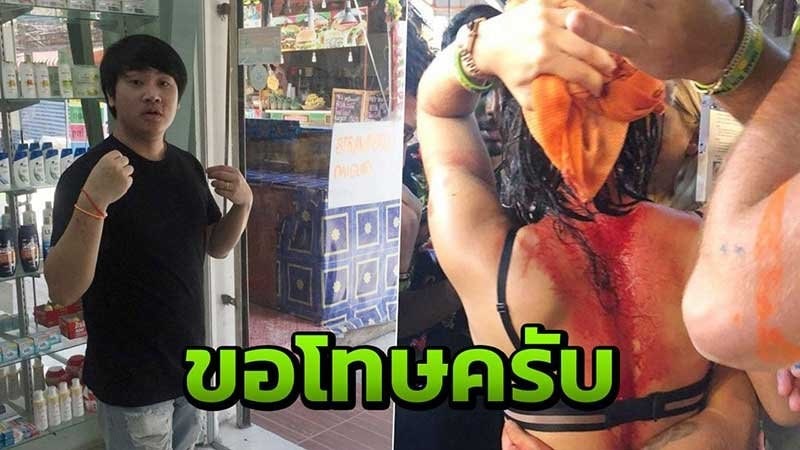 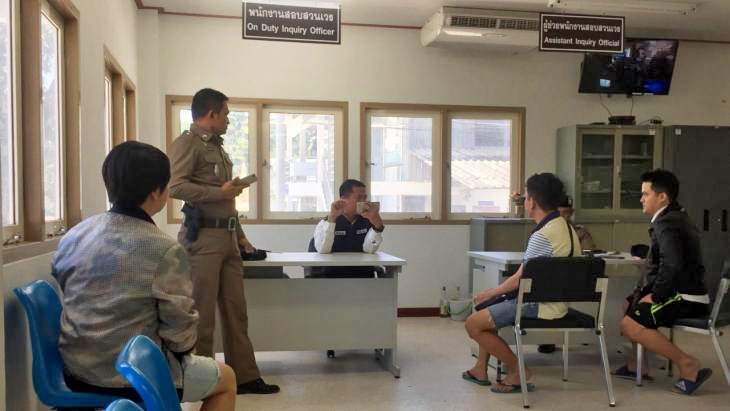