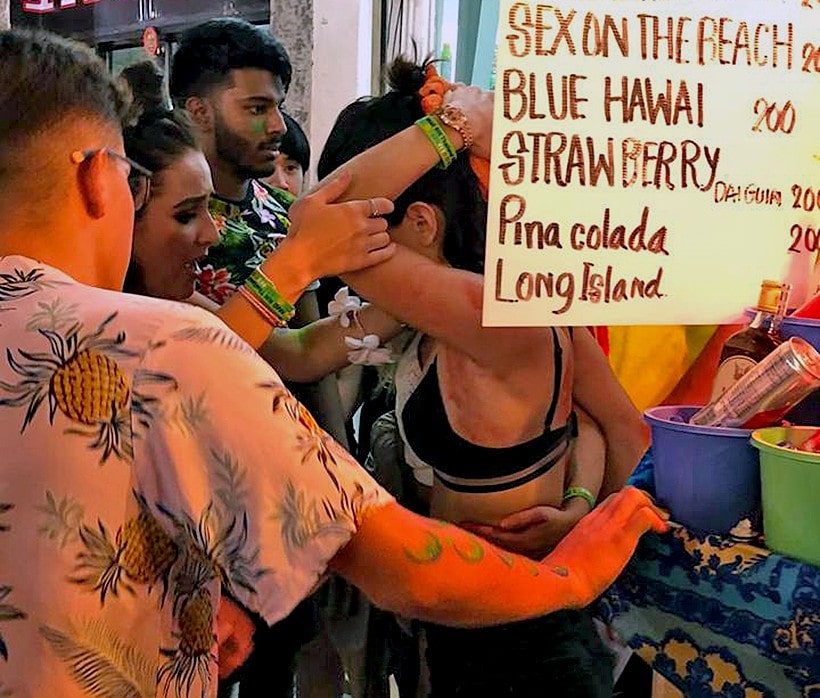 Accusations are being fired thick and fast on social media after various clips have been aired online of the aftermath of an altercation in front of a pharmacy on Koh Phangan.

Thai Rath reports that a female foreign tourist was hit over the head with a bottle in a scuffle between here and the owner of the pharmacy. Pictures show that she received injuries in the scuffle. You can watch the video HERE.

CCTV footage has also emerged to go with phone video uploaded onto Facebook Some people claim that the tourists struck first while others were condemning the black shirted Thai man for attacking the woman with a glass bottle.

There was a sign outside the shop that read “Please Do Not Seat (sic) & No Parking”. When the tourists either disobeyed or didn’t read the sign tempers started to flare.

Thai Rath report that the man in the clip has laid charges against the people who posted the phone video.