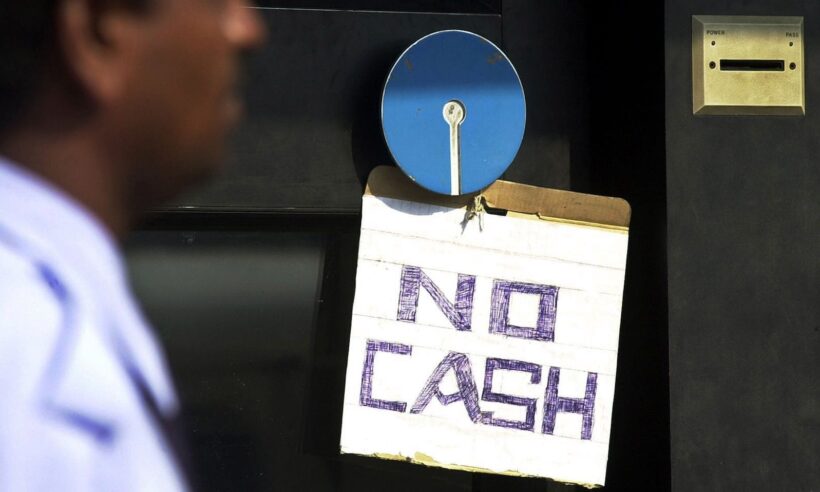 ATM machines on Koh Tao will have to make do with cash on hand after two security trucks crashed on their way to deliver more refill banknotes early today (Tuesday).

The Ban Nai Hood police station in Chumphon’s Lang Suan district was alerted to the accident on the Asia highway No 41 at 5.55am, with the trucks headed to Koh Tao off Surat Thani.

Police said the first money truck, a Geforce company pickup, crashed into the left side of a trailer truck, and then its rear-end was hit by the second money truck, a van of the same company. The drivers, 24 year old Charoenyut Boonsawat and 28 year old Ekkaparp Chuayruang were slightly injured.

The two said they were speeding to catch a ferry boat at a pier in Chumphon’s Muang district at 6am to travel to Koh Tao where they were scheduled to refill ATM machines on Tuesday.

They said the trailer truck cut in front of them. Its driver, 24 year old Boonyarit Chaisanam, says he was making a turn into a market to load durians when the accident occurred. He says he needed to turn from the right lane and had already checked that the road was clear, but the money trucks were speeding.

The two money trucks were hauled to the police station for the company to recheck the money.