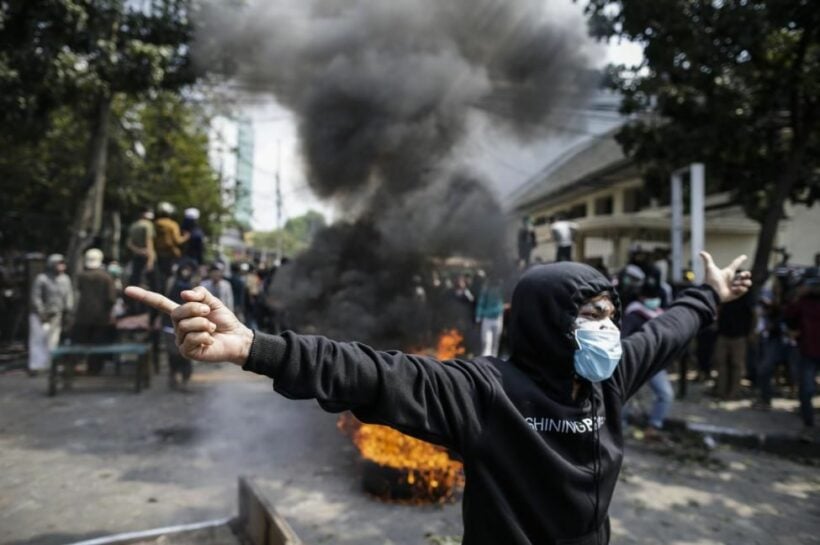 Indonesian police have again fired water cannon and rubber bullets at protesters who were setting fires and trying to breach barbed wire barricades yesterday as demonstrations over the results of the presidential election hit the capital for a second night.

The riots followed the announcement by the General Election Commission confirming that President Joko Widodo had had won the election beating former general Prabowo Subianto, in the April 17 poll.

But even though Widodo won more than 85 million of 154 million cast, retired general Prabowo continues to allege “massive cheating and irregularities” and refuses to concede defeat. Independent observers have said the poll was “free and fair”.

Protesters gathered outside the election supervisory agency in central Jakarta. Many left peacefully but as night fell others hurled firecrackers and other objects at officers and set blazes as they tried to breach the barbed wire separating them from police. Police responded with rounds of tear gas, rubber bullets and water cannon.

Speaking about violence the night before, Jakarta Governor Anies Baswedan said by Wednesday morning six people had been killed and 200 wounded.

Chief security minister Wiranto said the government would temporarily block certain social media functions to prevent inflammatory hoaxes and fake news. Meanwhile Indonesian authorities say 40,000 police and army personnel are on duty across Jakarta to maintain security. Many office buildings, businesses and embassies in downtown Jakarta were closed, as were train stations in the area.

Dozens of Rohingya saved from being trafficked to Malaysia