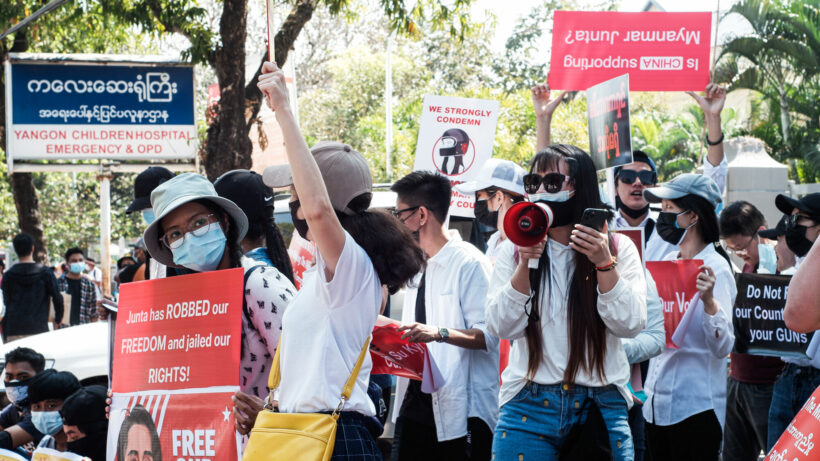 Thailand is urging Myanmar to release everyone who was detained by the military following last month’s coup. Thailand’s Ministry of Foreign Affairs released a statement today calling on a de-escalation of the country’s situation where many have been injured and even killed in protests.

“As a neighbor, sharing a long common border, and with the Myanmar and Thai peoples having close interactions in many aspects, Thailand continues to follow developments in Myanmar with much concern. As with other countries, we are saddened by the loss of lives and the sufferings of the people of Myanmar due to escalating violence in the country.

We call for de-escalation of the situation and release of detainees. We also urge all parties concerned to seek a peaceful solution for Myanmar and its people through dialogue via any constructive channels.”

Thailand has been preparing temporary facilities, in areas bordering Myanmar, to help Burmese citizens who are leaving Myanmar to escape the crackdown from the military and police following the recent takeover.

Recently, there have been trilateral talks held between the foreign affairs ministers of Thailand and Indonesia with a senior Myanmar military official.

Thailand is re-opening. When can I travel there? | VIDEO