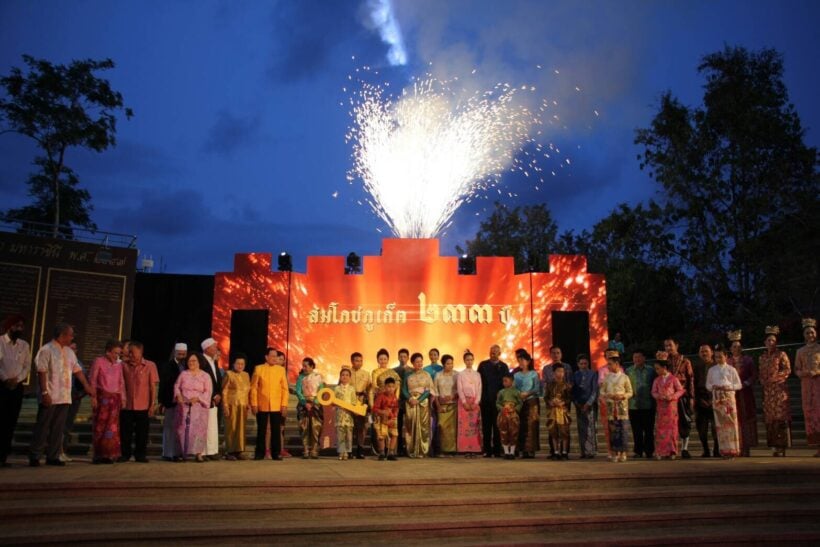 The official opening ceremony for Phuket’s 233 year anniversary celebration was launched last night (April 25), chaired by the Phuket Governor, Norapat Plodthong, the President of Phuket Red Cross and the Vice Governors along with local authorities.

The opening ceremony brought together a number dignitaries and business people from the local community, tourist industry, foundations, local clubs and associations.

The ceremony started with a parade of 233 people, from in front of the Thai Hua Museum up Thepkasattri Road heading to the Dragon Park.

On the stage, the Governor received the key from Phuket’s seniors, representing that Phuket is a big community of peoples, nationalities and ages. They also sang anthems and commemorative songs. The Governor then granted awards to local youths who won the Phuket history drawing competition. A stage show at the ceremony showed the history of Phuket from the ancient time until the present time.