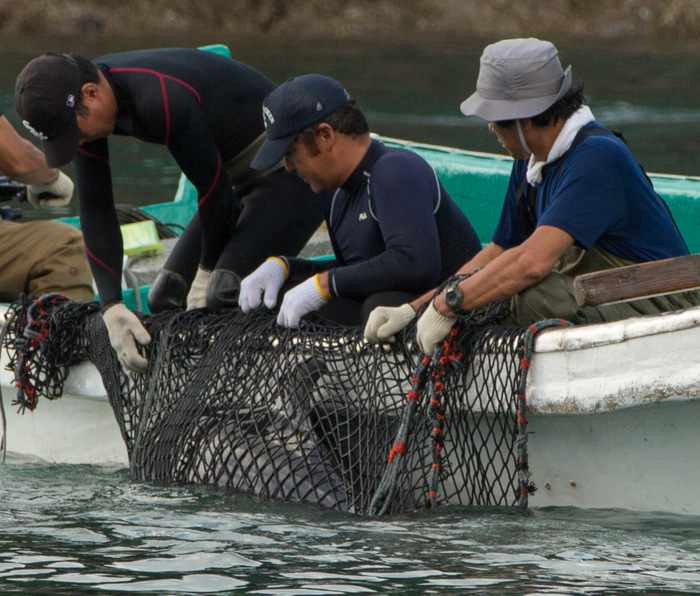 PHUKET: Phuket stands to suffer widespread damage to its global reputation as a tourism destination if it allows the establishment of a dolphinarium in Chalong, said renown dolphin trainer turned animal rights activist Ric O’Barry, well-known for his role in the Academy-award winning documentary The Cove.

“Most of the [captured] dolphins today are coming from the cove in Taiji, Japan. An extremely violent process has to take place to get them to Phuket,” he told the Gazette in an exclusive interview last week.

Mr O’Barry urged Phuket officials to use the same global scale of exposure to positive effect.

“If Phuket does not import captive dolphins, Phuket will be sending a positive, powerful message to the rest of the world about Phuket’s respect for nature. That’s something that money can’t buy,” he noted.

The permit to import the dolphins for the Phuket dolphinarium has yet to be approved by the Department of Fisheries. However, the application has been sent to the main office in Bangkok, confirmed Kiattikhun Charoensawan, chief of the Phuket Fisheries Office, last month.

Early reports by the Sea Shepherd Conservation Society claimed that at least one of the six dolphins tagged for the Nemo Dolphinarium in Phuket was caught in Japan and then shipped to Ukraine, where it would then be imported into Thailand (story here). The owners of the Nemo dolphinarium have yet to refute the allegation.

“Even if they are allowed to operate the dolphinarium, we must ensure that all of their paperwork is legal,” Director of the Fishery Management Bureau Marnop Chaengkij said.

“We will check where the animals are being exported from, and we won’t just believe whatever is written in the application – we will do our homework.”

Mr O’Barry explained that it is very likely that the dolphins are coming from the cove at Taiji, Japan, which was pushed into the international lime light after the The Cove blew the lid off the annual slaughter of dolphins there.

“It’s the largest slaughter of dolphins on Earth. And it’s also the place were most of the captures take place. Either there or Cuba, and I doubt that they are coming from Cuba,” Mr O’Barry said.

Though the origin of the dolphins remains a focal point for Mr O’Barry and many other animal rights advocates, the Nemo Dolphinarium facility itself has also come under scrutiny.

“Today we know that captivity kills – captivity kills dolphins,” said Mr O’Barry, who started his career in the early 1960s as a dolphin captor, as well as the trainer of the five dolphins in the popular TV show Flipper.

“At that time it [the Miami Seaquarium] was the third dolphinarium in the world… Flipper was made there, and I think as result of the popularity of the Flipper TV series it [dolphins in captivity] became a multi-billion-dollar industry,” Mr O’Barry said.

Dolphins are hauled out of the water at the Soloman Islands. Photo: The Dolphin Project.org

Times have changed, as has people’s understanding of the consequences of keeping dolphins and killer whales in captivity, explained Mr O’Barry.

“Working with them closely in captivity, I realized they really don’t belong there, and I know many dolphin trainers and ex-trainers today feel the same way,” he said.

Mr O’Barry, who has seen photos of the Nemo facility, compared it to the Bates Motel of the classic horror movie Psycho.

“It’s a death sentence for them. I don’t think they all will survive.”

However, Mr Marnop assured the Gazette that a Fisheries Department team would be coming down from Bangkok to investigate the facility.

“We cannot block the dolphinarium. We will check the application, and then ensure that the facility meets quality standards. Additionally, the owners will have to prove that they can provide regular health checkups for the dolphins,” Mr Marnop said.

Performing dolphins are often heavily treated with drugs including antibiotics, anti-anxiety drugs and stomach soothers, due to the high-stress levels of their living environments, explained Mr O’Barry.

“Captivity separates dolphins from the two most import things in the world to them: their families and the freedom of the ocean. All that is taken from them.

“So Phuket is about to receive an enormous amount of international publicity, whether it is positive or negative depends on the decisions that will be made soon,” Mr O’Barry said.

Though Mr Marnop recognizes the possible negative consequences of the dolphinarium to Phuket’s tourism image, he notes that it could also be another major draw for the tourism on the island.

“I understand that it’s going to cause damage to Phuket’s tourism image, especially in the eyes of people who oppose the dolphinarium,” said Mr Marnop.

“However, if we think about it the other way around, this might actually bring more tourists to Phuket. There are many dolphinariums, aquariums and zoos around the world, and they are still major tourist attractions.

“Additionally, if we block the company from importing the dolphins without legal reasons, they can sue us for abusing our power.”

Nonetheless, Mr O’Barry called on the world community and members of the Phuket community to push for the request to be denied.

“It perpetuates the suffering. It’s all about supply and demand, so it’s important for Phuket to say, ‘No. We want cruelty-free entertainment and tourist attractions in Phuket’,” he explained.

“It’s abusive, it’s unnecessary and it perpetuates the trafficking of captive dolphins. There is time to correct it. There is time for Phuket to get a windfall of positive publicity simply by saying, ‘No’.”