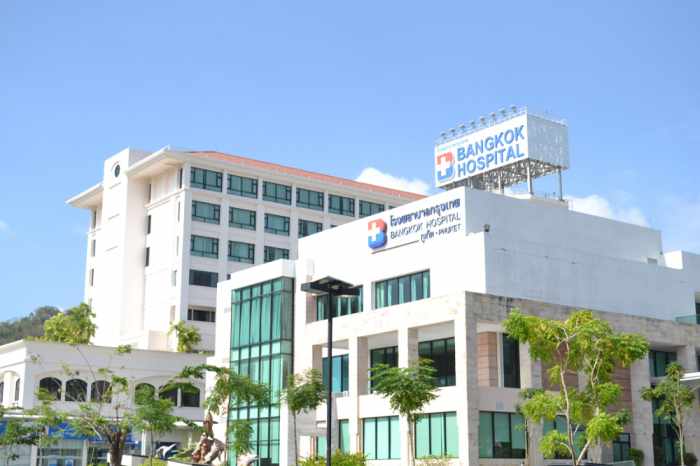 According to a document submitted by BDMS to the President of the Stock Exchange of Thailand, the sale is expected to be finalized by the end of the year, once due diligence is completed by PIH.

Following the sale, PIH will be renamed Bangkok Phuket International and operated as a subsidiary of the Bangkok Hospital Group, “in order to support its business expansion and hospital operation in Phuket Province”.

The acquisition will allow BDMS to take ownership of 99.9% of PIH shares, as well as accepting the transfer of all its liabilities to an amount not exceeding 416 million baht.

In the document, BDMS states three key benefits expected to arise from its acquisition; “(1) Enhancing the capacity of the group companies in servicing middle class patients (both domestic and foreign) in the southern part of Thailand. (2) Providing additional channels for patient’s referrals to the network hospitals. (3) Establishing a platform to accommodate the growth of medical tourism in Phuket Province.”

Established in 1990, PIH was originally called Siriroj Hospital and had 151 beds which was later expanded to 281. Ekapol Tharasiriroj, one of the largest shareholders of PIH could not be reached for comment, and marketing staff at the hospital declined to comment on the sale.

Bangkok Hospital Group is the Kingdom’s largest hospital operator with 13 network locations throughout Thailand. Marketing and PR staff from Bangkok Hospital Phuket declined to comment on the sale and said the company would prepare and release a statement to the media.

The Phuket Gazette’s property expert Bill Barnett, who broke the story on his website phuketinsider.com (story here), raised the possibility of price increases at the hospital under the new owners.

“It’s unclear if the transaction will see Bangkok Hospital Group try to push similar [prices to its existing pricing policy] but there is scope for it and for business that makes sense cost-wise,” he said.

“Consolidation makes sense in many sectors as the market matures because they can effectively buy a further share,” he added.

Be on the lookout for dubious investments