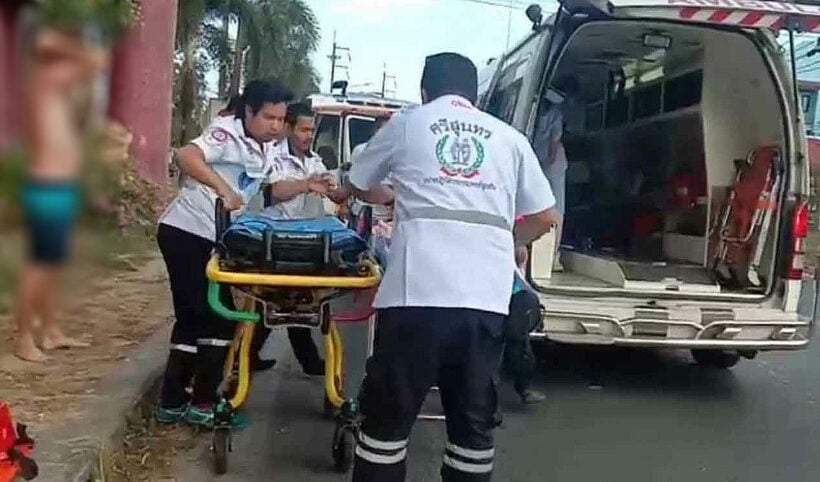 The father has been reported as William Watson, a British national, and his Thai wife ‘Sumitra’. They told police they were at the water park with their two sons – aged 7 and 3 – along with other families. They were playing around the Landing Pool, where people using the water slides end up after they exit the slides.

The mother has told police that she was watching her older son playing in a pool , while her younger son, John, was running along the edge of the pool and suddenly fell into the water.

“She called for help and a lifeguard went into the pool and brought the boy to the surface”, according to reports.

The boy was unconscious when he was brought to the sides of the pool. Volunteer rescuers from the Srisoonhorn tambon rushed the child to Thalang Hospital. He was pronounced dead upon arrival at the hospital. An autopsy indicates that the boy drowned.

“We are deeply distressed to say that there was a tragic accident today, February 23, at Blue Tree, Phuket.

A three year old boy wandered into the Landing Pool area of the busy slide area this afternoon. He stumbled and fell under water after which he was spotted by one of the lifeguards on duty who came to his immediate assistance.

He was given mouth-to-mouth resuscitation and rushed to Talang Hospital by an ambulance that arrived promptly after being called. Sadly he could not be revived.

The Landing Pool area is strictly for those coming down the slides. Sunday is a very busy day. There are highly-trained life guards positioned at the bottom of the slides to watch people coming down for the purpose of ensuring their safety.

His parents are understandably devastated and we continue to offer our support in any way possible. We are all deeply upset by this extremely sad incident.”