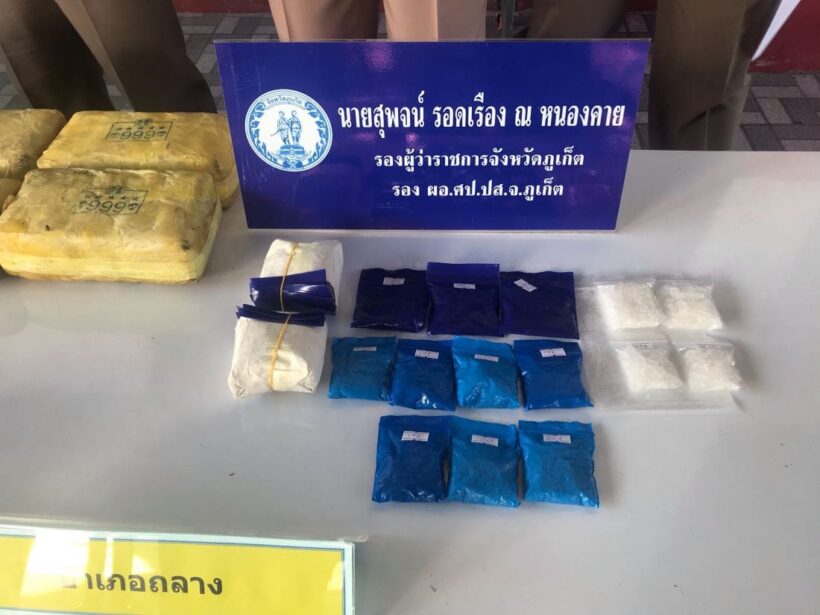 Police seized the 4,187 methamphetamine pills and 65.04 grams of crystal methamphetamine after they arrested the two suspects who they alleged had kept drugs in the department store before selling to others.

Sorrawit admitted that he had bought drugs from a dealer in Chiang Rai. The drugs were then shipped to Phuket.

The pair have been taken to the Phuket City Police Station where they have been charged with illegal possession of Category 1 Drugs with intent to sell.